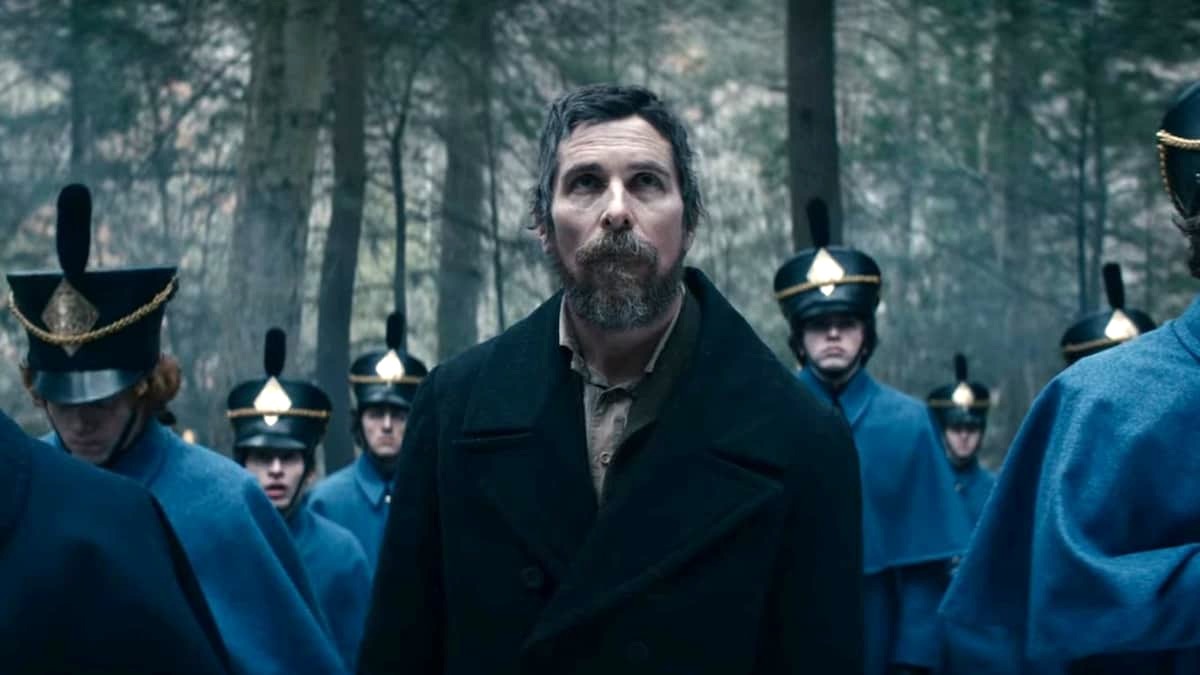 You may have been surfing Netflix lately and landed on a Christian Bale movie that you might not have known about. The Pale Blue Eye is a Netflix movie directed by Scott Cooper, that was released on the streaming service on Jan. 6, 2023. Prior to its release, it had a small theatrical run where it received a mixed critical reaction. As of writing, the film currently has a 65 percent on Rotten Tomatoes, with an audience score of 72 percent.

The Pale Blue Eye is based on the novel of the same name which was written by Louis Bayard and released in 2003. The film follows a retired detective named Augustus Landor (Christian Bale) as he is tasked by the military to investigate a supposed suicide with a peculiar twist, the victim’s heart had been carved out. Joined by Edgar Allan Poe (Harry Melling), the movie is a mystery thriller that is perfect to watch if you’ve got some time to kill.

Even though the movie received a mixed critical reception, it still managed to top the Netflix charts in 50 countries the week it was released. As it has been somewhat popular, you might be wondering if the film will be getting a sequel. So, let’s take a look at the ending of The Pale Blue Eye and speculate as to whether Netflix will be making The Pale Blue Eye 2.

Does the ending of The Pale Blue Eye set up a sequel?

The ending of The Pale Blue Eye could actually go both ways, in that it is open-ended enough to warrant another outing, but it also has a poignant ending that might be best left undisturbed. Landor and Poe work together to figure out that the hearts are being harvested by the Marquis family, which they are using in rituals to help cure Lea Marquis (Lucy Boynton) of her illness. They involve Poe as an unwilling participant, but Landor manages to save him before the building catches fire, leaving Lea and Artemus (Harry Lawtey) to their deaths.

With the case solved the movie should be over, but Poe discovers that the note that served as one of the only clues pointing toward the killer, was actually written by Landor. Instead, Landor confesses to Poe after Poe puts the pieces together. Landor had planned to kill the first cadet, Leroy Fry, because he and two other men had raped his daughter prior to the events of the film. She committed suicide soon after, which was information that Landor kept hidden.

Landor lured Fry to the spot where he killed him, but when another cadet found the body, Landor had no choice but to flee. Fortunately for him, Lea and Artemus Marquis stole Fry’s heart, throwing everybody off his scent. He also killed the second cadet, Randolph Ballinger (Fred Hechinger), leaving him in a similar state to make it look like another victim at the hands of a serial killer. The third rapist left town after the deaths, which satiated Landor’s thirst for revenge.

With both Lea and Artemus dead, and Poe the only one who could speak to the truth of the matter, Landor was free to live his life. At the end of the film, he returns to the spot his daughter committed suicide, letting go of her ribbon on the cliffside. There is no extra scene after the credits, with the film ending on the melancholy catharsis of Landor’s grief. But while the shot at the end of the film does not imply that Landor also commits suicide, it could be inferred as one possible ending. Ultimately, it seems like Landor’s journey is going to end with one movie.

With that being said, Landor was only one of the characters. Turning Edgar Allan Poe into a Sherlock Holmes-like character could prove fruitful for a series of Netflix films, especially if fans liked Harry Melling’s performance. His story is not closed by the end of the film either, as we know that he is still alive and will ultimately become a famous author.

Will there be a sequel to The Pale Blue Eye?

While Netflix tends to cancel its original series, there are a surprising number of sequels to Netflix original films. We are about to get Extraction 2, a sequel and a spinoff to The Gray Man, and Knives Out 3. So, it would not be out of character for Netflix to greenlight a sequel to The Pale Blue Eye, especially as it has topped the charts in 50 different countries. However, as we mentioned earlier, the film is based on a novel. The novel does not have a sequel, so making a sequel from scratch might be tough.

While they could easily produce a sequel to the film if they wanted to, would anyone want to make The Pale Bale Eye 2? After all, if you look at the careers of both Scott Cooper and Christian Bale, they do not make many sequels. Scott Cooper has never directed a sequel and while Christian Bale has been in a few sequels, he has never starred in two films of the same franchise other than Christopher Nolan’s Dark Knight trilogy.

On the other hand, Harry Melling played Dudley Dursley in multiple Harry Potter movies, so he would probably be open to reprising his role as Edgar Allan Poe. Therefore, if Netflix were to greenlight another film that follows Poe, they could just hire another director, and sunset Landor or not mention him at all. Then again, the film was not received too well critically, so Netflix might want to shy away from making a sequel.

But, a poor critical reception obviously has not stopped them from making a sequel to The Gray Man or Extraction. As of writing Extraction is sitting at 67 percent on Rotten Tomatoes, while The Gray Man failed to impress at 46 percent. On top of these films, Red Notice is reportedly getting two sequels and that is floundering at 36 percent. If all three of those films warranted a sequel, maybe The Pale Blue Eye does as well. Although, those films are vehicles for their main stars, Chris Hemsworth, Ryan Gosling, Ryan Reynolds, Dwayne “The Rock” Johnson, and Gal Gadot. This probably does weigh into sequel decisions, as Netflix seems to be in the star business.

If Christian Bale opts not to return, then the film would be a vehicle for Harry Melling. Although they could cast a high-profile actor in a supporting role to increase the star power, someone at the same level as Bale. Still, the matter of a sequel to The Pale Blue Eye is ultimately up to Netflix. But at this point, it does not seem too likely. We will update you with more information if Netflix decides to greenlight a sequel to the film.

You can watch The Pale Blue Eye on Netflix now.