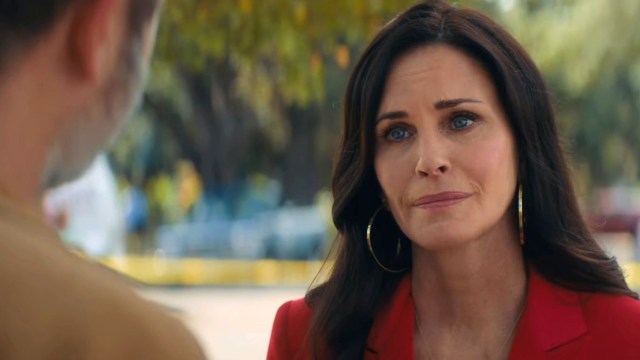 While it’s a shame that Neve Campbell doesn’t appear to be coming back as Sidney Prescott — at least according to the latest updates — the good news is that Courteney Cox is still returning for Scream 6. This leaves the Friends icon as the last of the OG trio of Ghostface survivors still standing, and in doing so Cox will actually make horror movie history in the process.

Thanks to Cox’s involvement as Gale Weathers, the new Scream film makes the first time a female character in a horror franchise has appeared in six consecutive movies. Kudos to Slash Film for picking up on this mind-blowing record. As the outlet points out, Jamie Lee Curtis has played Laurie Strode six times and counting in the Halloween series but not in consecutive installments.

While Cox is the first actress to pull off this feat, several male horror legends have already achieved it, including Christopher Lee (Dracula), Robert Englund (Freddy Krueger), Warwick Davis (Leprechaun), Doug Bradley (Pinhead), Brad Dourif (Chucky), and Tobin Bell (Jigsaw). Notably, these are all the villains of their respective franchises, so Gale Weathers is also the first heroic character of any gender to hit this milestone.

At the time of writing, Roger L. Jackson has yet to be officially announced to be providing the voice of Ghostface once again. This seems like a given, though, so if this does indeed happen then Jackson will likewise join this exclusive club as he’s played the killer’s phone voice ever since 1996. And, obviously, if fans get their wish and Campbell does come to an agreement over her contract, then she’d make the cut, too.

The Scream movies have always been marked out by their commitment to character development, so it’s no surprise that it’s the first horror franchise to make history in this way. We’ll get to see Courteney Cox’s record-breaking return as Gale Weathers when Scream 6, which is filming now, enters theaters on March 31, 2023.