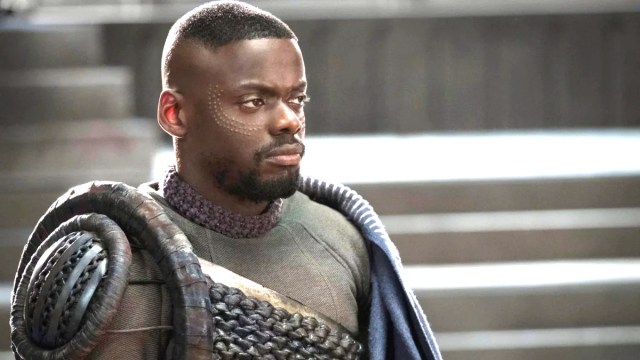 Even though we’re less than four months away from the release of the hotly-anticipated sequel, we know next to nothing about Ryan Coogler’s Black Panther: Wakanda Forever.

Many returning cast members have been confirmed, but while everyone’s operating under the assumption (which has since been supported by promo art) that Narcos: Mexico star Tenoch Huerta is main antagonist Namor the Sub-Mariner, Marvel Studios haven’t confirmed or denied that to be the case.

I May Destroy You creator Michaela Coel is also on board in a mysterious role, but one notable absentee is Academy Award winner Daniel Kaluuya. W’Kabi had an storyline bubbling with Danai Gurira’s Okoye that was ripe for further exploration, but only now has the Jordan Peele regular confirmed he won’t be returning for Wakanda Forever, and he explained why in an interview with The Hollywood Reporter.

“If I said anything, people would be really disappointed. That’s how I feel about it. I think people will be disappointed. They don’t want to be spoiled. They’re surprised in whatever will happen. That’s what was amazing about the first one.”

It would have arguably been a better idea to let fans know from the outset that he wouldn’t be returning alongside the rest of the familiar faces, ripping the band-aid of casting speculation right off at the very beginning.

Instead, folks are finding out in mid-July that a firm favorite won’t be returning in early November’s Black Panther: Wakanda Forever, which is a disappointing thing to discover so close to the movie’s impending release.