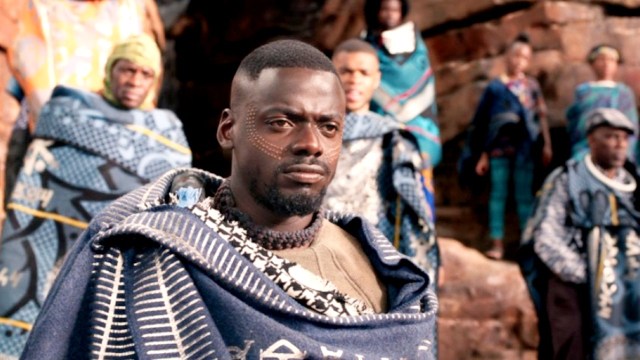 Kaluuya played W’Kabi in the blockbuster smash 2018 original film, a fairly nuanced character in a movie full of similarly-complex heroes and villains.

Kaluuya won’t be appearing in the follow-up film slated for release this fall, it has been confirmed by multiple outlets. Variety reported that while Kaluuya was asked to return for the movie, he was forced to turn down the offer due to having a commitment on Jordan Peele’s forthcoming Nope. Deadline noted production for Wakanda Forever wrapped up back in March.

The Oscar-winner Kaluuya will certainly be missed as W’Kabi, the best friend of Chadwick Boseman’s King T’Challa. However, the late Boseman also won’t be appearing in the film, with the sequel instead focusing on his sister, Letitia Wright’s Shuri. Ryan Coogler will once again be directing the film.

While we’re sad to hear Kaluuya won’t be in the sequel, it’s somewhat understandable he would have to bow out due to his involvement with a Jordan Peele film. After all, Kaluuya’s appearance as the lead role in Peele’s Get Out was a monumental breakout for both him and Peele. In fact, Get Out even garnered Kaluuya an Oscar nomination. The actor would go on to win the coveted statue for his work in Judas and the Black Messiah.

In terms of what we can expect from Wakanda Forever, the jury is truly still out on that. The franchise has had an incredible track record so far, though, winning three Academy Awards with the first outing and even being nominated for Best Picture — a first for the Marvel Cinematic Universe or any superhero film. Though Boseman will be sorely missed, We Got This Covered previously reported that the movie will make the MCU debut of Dominique Thorne’s Riri Williams, AKA Ironheart, which is certainly an exciting prospect to think about.