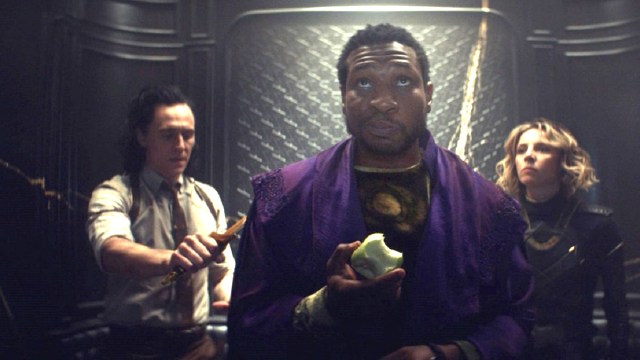 Based on the fact we’re getting Avengers: The Kang Dynasty and Secret Wars within the space of six months in May and November 2025, it’s reasonable to expect that every major Marvel Cinematic Universe hero in existence is going to play at least a small part in the two-part extravaganza that’s set to close out the Multiverse Saga.

There’s going to be a combination of franchise stalwarts, new favorites, and debuting heroes without a doubt, but one of the most pivotal could turn out to be Xochitl Gomez’s America Chavez. After all, Doctor Strange in the Multiverse of Madness introduced and established her as having the capabilities to travel through alternate realities, which is definitely going to come in handy more than once in future film and/or television projects.

In an interview with ComicBook, the actress evidently has big plans in store on both a personal and professional level, after Gomez admitted she’s love to cross paths with Tom Hiddleston’s Loki and Jonathan Majors’ Kang.

Loki and Kang have previous after the Asgardian trickster stumbled upon He Who Remains at the Citadel at the End of Time in the first season finale of his solo series, and with countless variants of the all-powerful warlord on the way to the MCU, we’d be willing to bet that America Chavez will end up meeting at least one of them.