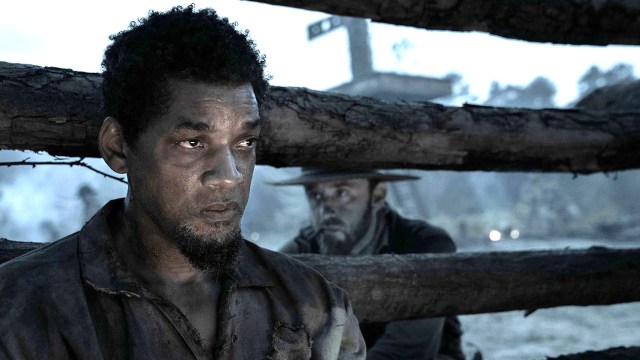 After everything that’s gone down since the last Academy Awards, could you imagine how his peers, colleagues, friends, family, and the internet would react were Emancipation to throw Will Smith straight back into the thick of the Oscars conversation? Well, wonder no more, because the powerful first trailer for the Apple TV dramatic thriller is here.

Smith has always been viewed as more of a movie star than a thespian, which is fair enough when he’s one of the biggest box office draws and most popular stars of the modern era. However, he did finally win that elusive Best Actor trophy for his career-best turn in King Richard, only to flush any goodwill down the toilet in the aftermath of the infamous Chris Rock slap.

Hailing from director Antoine Fuqua, Emancipation finds Smith starring a slave named Peter, who escapes from a Louisiana plantation and attempts to make his way north to join up with the Union army. Inspired by the true story of a man called Peter, who was infamously photographed with a horribly scarred back due to the punishment dished out to him during his time spent in slavery, the film comes to theaters on December 2, before hitting streaming a week later.

It looks to be a serious, emotionally-driven, and utterly powerful tale of overcoming the odds, which in turn paints it as a prestige picture in waiting. There’s an added air of curiosity to Emancipation given its status as Smith’s first role since the slap heard around the world, but it remains to be seen if he’s ready to be welcomed back with open arms.

Even if it is an Oscar-caliber turn, though, it’s not as if he’ll be able to show up in person having been banned from the ceremony for the next decade.