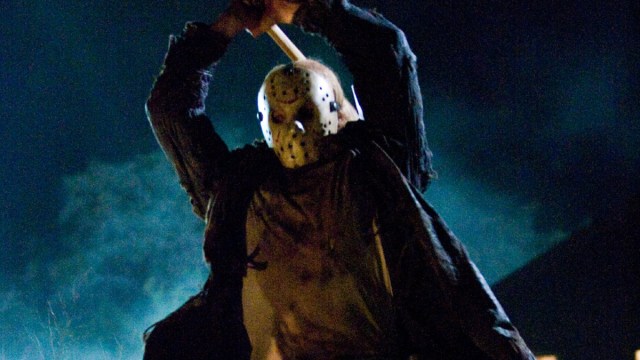 When Netflix dropped the Fear Street trilogy, it was every horror fans’ dream come true. Directed by Leigh Janiak, who also co-wrote the scripts, all three movies revolve around the small town of Shadytown, plagued by the deadly curse of Sarah Fier, a witch who was executed in the late 17th century on charges of practicing witchcraft. The movies etch a haunting tale that melds the elements of horror, mystery, and gore together when focusing on the cursed town and its terrifying fate.

All three movies show gruesome incidents befalling the town and its inhabitants in three different timelines — 1994, 1978, and 1666 — where the innocent people are met with bloody fates and excruciatingly painful deaths for reasons that remain unanswered until the final installment.

Overall, audiences are introduced to unfathomable (but not unfamiliar) gory murders. Besides this, the primary themes surrounding witchcraft, Satanic rituals, and unravelling the mystery behind the incidents, were brilliantly crafted.

The trilogy has done a wonderful job in gluing viewers to the screen as each movie ends on a cliffhanger and acts as an important piece in the bigger puzzle. In spite of their immense success, certain movies can be ranked higher than others in terms of plot twists and horror elements. Here is a ranking of every Fear Street movie based on how gripping the plot is.

The first movie of the instalment is an introduction to the fictional world of Shadyside and its cursed inhabitants, who are brutally murdered by psychopathic maniacs every few years. The reasons for these killings and the background of these murderers still remain a mystery to the viewers, which is gradually disclosed in the later movies.

The very first scene echoes the iconic opening of the 1996 slasher masterpiece Scream, when an employee at the Shadyside Mall, Heather (Maya Hawke), is stabbed to death. While this scene is reminiscent of Drew Barrymore’s legendary death at the very beginning of Scream, the marked difference here lies in the identity of the killer. Unlike in Scream, the murderer was immediately revealed.

When Heather pulled off the killer’s mask, to her shock (and that of the audience’s), it turned out to be none other than her best friend Ryan. This scene, as well as the rest of the movies, does a wonderful job of raising important questions such as, “why and how are the murders happening?” and “who is the culprit behind the mask?”

Following Heather’s death, the viewers are introduced to Deena Johnson (Kiana Madeira) and her brother Josh. The latter is shown chatting with an anonymous messenger on the computer about the recent killing in Shadyside and how the curse of Sarah Fier might have been responsible for the same.

From here, one can see the story unfolding and incorporating a lot of layers along the way, be it the romance between Deena and Sam or the hierarchy between privileged Sunnyvalers and the unlucky Shadysiders. The film does a good job of acquainting the viewers with the main characters and the functions that each of them fulfil throughout the trilogy. Soon, the group are chased by all the Shadyside killers of the past for reasons still unknown. Later, it was revealed that Deena’s girlfriend, Sam, was marked by who they believed to be Sarah Fier after she meddled with her grave and the killers were following her blood.

The film primarily focuses on the group’s teamwork, the likes of which were seen in popular shows like Stranger Things, in saving Sam’s life and fighting off the witch’s assigned killers. It ended on a cliffhanger when Deena found herself in the same situation as that of the sole survivor of the 1978 camp massacre, C. Berman, thus setting the stage for the second part of the trilogy.

Overall, it would not be possible for the audience to transition into a full-fledged fan by solely watching the first part, especially as the story mostly depicts the adventures of a bunch of teenagers in the face of a menacing, life-threatening dilemma — a familiar trope in the slasher film genre. However, the movie deserves credit for constructing a solid base for the rest of the films and the jaw-dropping twists along the way, earning the trilogy much-deserved applause and appreciation.

While the first part lays the groundwork for mysteries shrouding the mysterious happenings in Shadytown, the second part of the trilogy unpacks quite a lot. It starts with Deena and her brother seeking help from Christine Berman, the ultimate survivor of the 1978 camp massacre, in the hope of saving Sam from becoming the witch’s next victim. Berman gives a detailed account of the events of the camp and the audience is taken sixteen years prior.

A series of new core characters were introduced again like Ziggy (Sadie Sink), Alice, Arnie, Cindy (Emily Rudd), and her boyfriend Tommy, who turned out to be the masked killer with an axe, and Ziggy’s love interest from Sunnyvale Nick (Ted Sutherland). One can see a fresh depiction of how the Shadysiders were bullied by the Sunnyvalers, especially when Ziggy was tied to a tree and almost burned alive for allegedly bearing the witch’s curse.

The story makes a quick and gut-wrenching transition from being a ‘joyful’ camping experience to that of a bloody massacre site. Tommy Slater’s possession and the resultant slaughtering of the kids amplifies the gory aspect of the movie to stay true to the gruesome event. As a result, one is introduced to lots of merciless slaughtering.

Overall, this part doesn’t confine the storyline to survival and adventures, unlike in the first movie, but digs deeper into the background of the witch’s curse and ways to counteract it. This is distinctly shown when both Cindy and Alice were trapped in the vast underground space that they interpreted as the home of Sarah Fier, where she carried out her spells and curses.

The movie ends on a promising note and paves the way for journeying back to 1666, to the origin of the curse and everything that transpired thereafter. The film ended with the revelation that reuniting Sara Fier’s hand and body would stop the curse. However, that was far from the truth, as Deena experienced a vision immediately after her blood falls on the witch’s hand.

In addition to unearthing the murky secrets behind the incidents, the film is far more potent in terms of expectations, thereby paving the way for the final and much-awaiting movie of the series. The intensity, unpredictability, and brutality of the massacres make the characters’ experiences more raw. The strength of the plotline is further heightened by some of the key revelations, be it the identity of the masked killer (Tommy Slater), who was a petrifying presence in the first part, as well as the true identity of C. Berman (Gillian Jocobs) who turned out to be Ziggy and not Cindy.

The final instalment of the series, set in 1666, was the strongest in terms of plot strength and unearthing remarkable twists that changed the entire perception of all the unexplainable events thus far. Portraying Kiana Madeira in the role of Sarah Fier, the story revolves around her affair with Hannah, which led to severe repercussions on their respective lives culminating in Sarah’s death.

When Deena saw a vision of herself as Sarah Fier, the audiences encounter a shocking revelation about her innocence. Yes, it turns out that Sarah Fier was innocent all along and her only true crime was being in a relationship with the pastor’s daughter Hannah, an unmatched sin in the Puritanical community. Rather, the real culprit was none other than Sarah’s former suitor and friend Solomon Goode (Ashley Zuckerman), who was dabbling in the dark arts and summoning demons to trade the lives of the poor Shadysiders for wealth and fortune.

Solomon’s family had continued with the practice to the extent of murdering anyone and everyone who posed a threat to their generation-long efforts at retaining fortune and status. This indulgence in dark arts was carried down to the member of the last generation, Nick Goode, who was the actual culprit of every misadventure suffered by the Shadysiders all along.

The movie brilliantly slots the story within the fabric of persecution of witches in the Medieval era, as well as criminalizing acts that were deemed ‘heinous’ — making the romance between Sarah Fier and Hannah a perfect crime. The ending saw more teamwork, only this time, to frame Goode and destroy his plans. The film meticulously combines the elements of emotion, love, heartbreak, horror, and the re-grouping of the protagonists to produce a fulfilling and satisfying output.