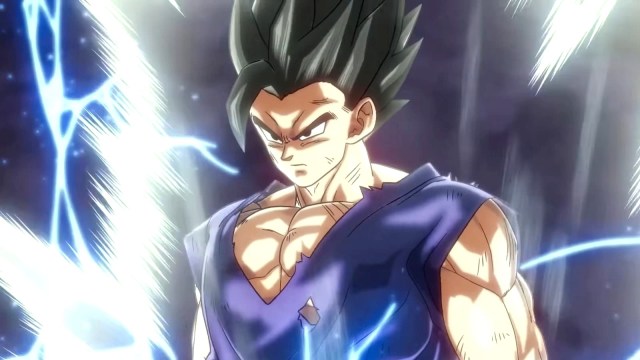 The newest film in the Dragon Ball franchise is finally here with the wide release of Dragon Ball Super: Super Hero. The film follows Piccolo and Gohan as they attempt to thwart the return of the diabolical Red Ribbon Army, the evil organization that Goku fought against throughout the original Dragon Ball.

Over the years one of the main driving forces behind Dragon Ball – Dragon Ball Z and Dragon Ball Super, in particular, is the introduction of new forms like the Super Saiyan forms, or new fusions. While introducing new characters and giving us well-earned looks into how some of our old favorites are doing, the new movie also debuted two new forms for our heroes. Let’s take a look at these new forms, and go through how powerful they are, who they belong to, and how they were achieved.

Orange Piccolo is definitely not the most inventive name that Dragon Ball has ever used but it might be the strongest form that a Namekian has ever achieved. After losing a battle against one of the new androids, Gamma 2, Piccolo ventured to Kami’s Lookout to ask Dende if he could unlock his potential as Grand Elder Guru did for both Krillin and Gohan during the Ginyu Saga of Dragon Ball Z. Unfortunately Dende informed Piccolo that Namekians only learn this power through age and that he was not old enough yet.

However, Dende did posit that Piccolo could summon Shenron and ask him to do what Dende could not. So after Dende improved Shenron’s power, Piccolo summoned the power of the Eternal Dragon and asked him to unlock his potential. Shenron was able to accept his wish but he also left him with something a little extra. It was this extra power that would permit Piccolo to transform into his orange form.

In the third act of Dragon Ball Super: Super Hero, Piccolo has a rematch with Gamma 2 and unleashes his new form, Orange Piccolo for the first time. Orange Piccolo is exactly like it sounds, the green-skinned Namekian powers up into an orange form and is much more powerful than he was previously. He later combines this form with the Great Namekian, but the enlarged Piccolo form has been seen before throughout Dragon Ball. Piccolo has been through a few different forms over the years including when he famously fused with Kami. Orange Piccolo might shake out to be Piccolo’s last transformation unless another being more powerful than Shenron unlocks a new level of power within him.

Ultimately even this new form of Piccolo’s was not strong enough to defeat the rampaging monster that was Cell Max. This does not mean that Piccolo is not one of the strongest beings on Earth with his new transformation, it just means that Cell Max was just that powerful. It would have been nice to see how Orange Piccolo might have stacked up against some of the other heroes who fought against the androids, and hopefully, we see this form again in future outings in the Dragon Ball franchise.

Gohan Beast is Gohan’s newest and perhaps final form in Dragon Ball. At the start of Dragon Ball Super: Super Hero Gohan seems to have neglected his training, opting to work at his desk instead. In an effort to get Gohan to keep training, Piccolo briefly helps the Red Ribbon Army to kidnap Gohan’s daughter Pan. Gohan has a history of having bursts of power when he gets emotional, and Piccolo’s plan was to encourage the same power burst that he experienced in his youth by putting his daughter in ‘danger’.

Gohan was thought to be stronger than his father Goku in Dragon Ball Z, to the point that Goku wanted Gohan to defeat Cell because he thought that his son was powerful enough to do so. Over the years Gohan has achieved high power levels through different transformations, achieving the Super Saiyan 2 form and having his potential unlocked multiple times, to the point where he became Ultimate Gohan. In Dragon Ball Super: Super Hero, Gohan taps into his Ultimate Gohan form and fights against Gamma 1, which is more than enough to defeat him at first. But when Cell Max is unleashed and Piccolo in his Orange Piccolo form is no match for the rampaging giant version of Cell, Gohan’s emotions kick in, triggering the new transformation of Gohan Beast.

Gohan Beast is almost a cross between Gohan’s Super Saiyan 2 form and Goku’s Ultra Instinct, as Gohan Beast’s hair turns gray and spikes up. The form is extremely powerful and Gohan is able to defeat Cell Max with ease. It is worth noting that Gohan had thought that Piccolo was dead when he transformed, and that emotion triggered his transformation because we do not know how easily Gohan will be able to get to this form again. It was noted in the film that Gohan might have achieved his father’s (and Piccolo’s) wish and that Gohan Beast might be the most powerful being on Earth.

These two forms changed the power level of two fan-favorite characters, which was just one of the many things the film did to make long-time Dragon Ball fans excited. Whether or not we will see the forms again, or in the main anime, is yet to be seen, but surely in whatever sequel they make to Dragon Ball Super: Super Hero, Gohan Beast will be revisited.

They do seem to be pushing Frieza’s role in the films quite hard, so maybe Goku, Vegeta, and Broly will be joined by Gohan Beast when Frieza brings the fight to them. Or maybe somehow, Cell Max survived. It is doubtful, but Dragon Ball has always brought back people who were thought to be dead, and Goku not seeing Cell’s brief return seemed to be a missed opportunity.