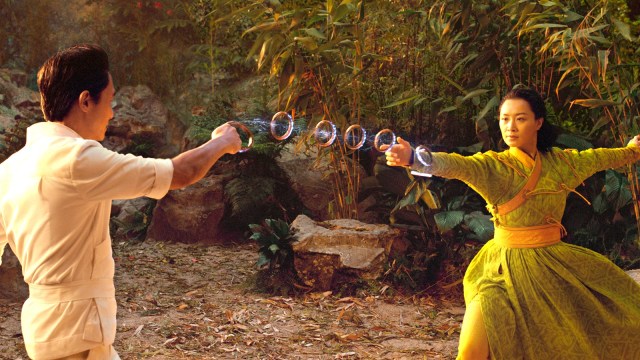 As a martial arts-inspired comic book fantasy blockbuster, there was no danger of Shang-Chi and the Legend of the Ten Rings letting audiences down on the hand-to-hand combat front.

It speaks volumes about the expertly-staged and impeccably-choreographed scraps throughout Destin Daniel Cretton’s acclaimed Marvel Cinematic Universe epic that the weakest set piece of them all is arguably the climactic third act showdown, which saw the franchise retreat back into its penchant for delivering overwhelming levels of CGI spectacle just for the sake of it.

Cretton has since been promoted to the director of Avengers: The Kang Dynasty, which in turn created questions over the in-development Shang-Chi sequel. Fans are hoping that he somehow finds the time to do both, especially when they’ve been locked in a debate on Reddit over whether or not Simu Liu’s title hero anchored the installment with the MCU’s best-ever fights.

If the winner isn’t Shang-Chi, then only a couple of candidates even come close. Captain America: The Winter Soldier would definitely be among them given the variety on display from the opening boat assault to Steve and Bucky’s intense clash on the bridge, while nitpickers have made an excellent point in saying that in terms of the definition of “choreography”, nothing beats Hawkeye’s Rogers: The Musical.

The general consensus is that the MCU’s finest fights tend to be the ones that rely on good old fashioned stunt performers and practical effects, as opposed to pixelated carnage. On that front alone, it’s difficult to look beyond Shang-Chi at the head of the pack.