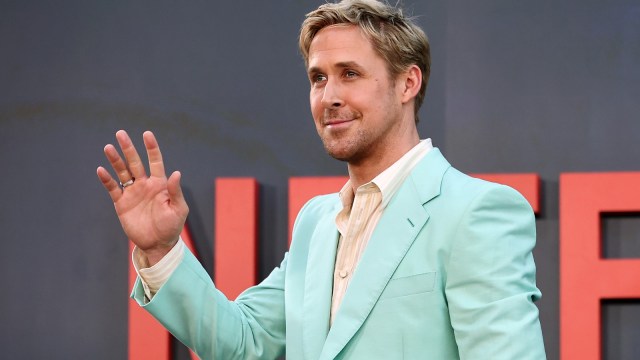 Ryan Gosling has been everywhere you look recently, which comes with the territory when he’s out promoting Netflix’s biggest-ever blockbuster The Gray Man at the same time a myriad of neon-colored set photos from the set of Barbie have been making their way online to capture the imagination of fans all across the internet.

On top of that, the two-time Academy Award nominee debunked speculation linking him with the Marvel Cinematic Universe’s Nova, instead revealing that he’d love to play Ghost Rider, before teasing that he wants his Gray Man directors Joe and Anthony Russo to get him a part in the franchise.

In among all the Gosling-related hype, though, his intriguing reinvention of The Wolfman has largely been overlooked. Thankfully, the 41 year-old put an end to that by offering an update on the project during an interview with Collider.

“I just would do anything with Derek [Cianfrance], but the idea of doing something like that just seems really exciting. It’s new for both of us, but in some way, I feel like it’s kind of the movie we’ve made already a few times, but in literal form. We’ve always kind of made the metaphorical version of it, and it’s sort of like the opportunity to really, to just make the literal version of what we’ve been hacking away at.”

Leigh Whannell was originally set to helm the latest Universal Monsters reboot, but Cianfrance is a fascinating choice of replacement. He and Gosling have done great work together in the past, so the duo collaborating on an R-rated monster movie should have fans salivating more than the leading man’s titular lycanthrope.