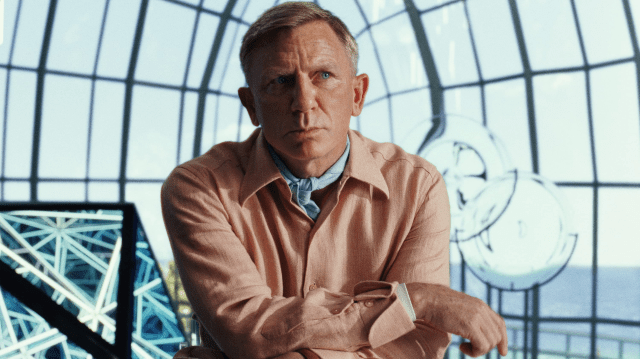 After a more than successful debut in 2019, Daniel Craig’s Benoit Blanc is making a comeback in Glass Onion: A Knives Out Mystery, and director Rian Jonhson is here to dish on the story’s format in this follow-up and all the potential sequels down the line.

Glass Onion features the return of Blanc in an all-new narrative that takes place in Greece. Addressing the decision to move the story to a completely different setting and introduce a new ensemble of characters, here’s what Rian Johnson said in the global press conference attended by We Got This Covered.

“Well, it was, I mean, it was challenging, but it was also, I guess, you know, when Daniel and I were making the first one, even when we were on set, we were just having such a good time. We were, like, if this does even moderately well, it’d be really fun to keep making these. But the mode in which we were thinking to keep making them was always not to continue the story of the first one, but to treat them the way Agatha Christie treated her books and to do an entirely new mystery every time, a new location, new rogues gallery of characters.”

For the Last Jedi director, the objective was to come up with something “that’s truly different” but hearken back to the original in a subtle way.

“And every single book had a whole new reason for being. So, sitting down to write this one, that was kind of the marching orders. Let’s not just turn the crank and do another, let’s come up with something that’s truly different and that actually is gonna make audiences say, ‘Oh, wow. I’m getting the same pleasure I did from the first one, but I’ve never seen this before.’ And that’s kind of the exciting thing.”

Glass Onion is scheduled for a one-week theatrical release from Nov. 23, but the movie will eventually make its way to Netflix on Dec. 23.

You can read our review here.