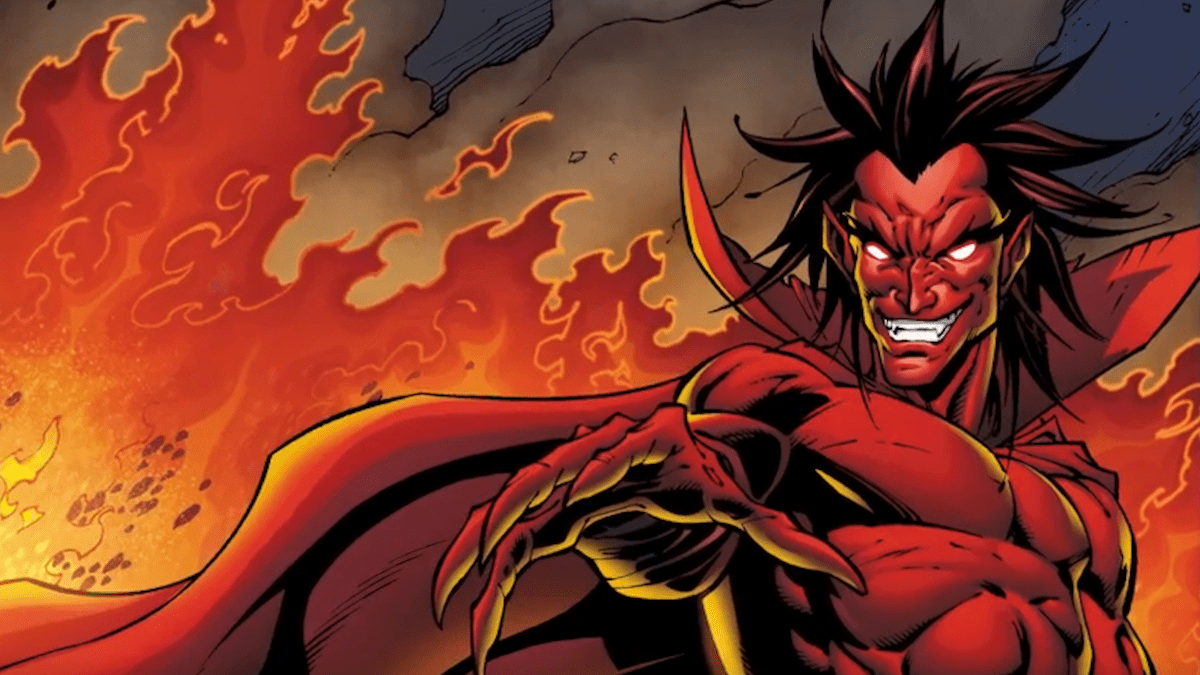 New Marvel characters are being introduced with each passing entry in the Marvel Cinematic Universe, and there are only so many larger-than-life villains left to bring into the fold. One of these villains has been teased, or at least hinted at, and fans are convinced that he will be popping up in an MCU project any day now. That villain is the master demon of Hell, Mephisto.

In the comic books, Mephisto has encountered and exploited many heroes by making deals with them, like infamously getting Peter Parker to wish away his marriage with Mary Jane Watson to save the life of his Aunt May, or making the pact with Johnny Blaze which led to him becoming Ghost Rider. If Mephisto were to join the MCU, there are plenty of choices for who could play him. So, let’s take a look at our top ten choices for who might play a good Mephisto.

This choice might be a tad older than what Marvel Studios might be looking for, but Al Pacino would be excellent as Mephisto. You probably know the Oscar-winning actor from his roles in The Godfather, Dog Day Afternoon, Heat, and Scent of a Woman. We already know that he can pull off a devilish character, you only have to look at his performance in The Devil’s Advocate to see that.

Again, Marvel is probably looking for somebody who could play the role for more than one film, as when the character is introduced he will probably be a presence felt in the MCU going forward. That does not mean that they can’t just have the demon change his appearance, so we could get at least one Pacino version of the character, but it is unlikely.

Even though Sean Penn is not necessarily known for playing bad guys, he has an aura that would make him perfect for Mephisto. You might recognize the actor from his roles in Mystic River, Milk, The Secret Life of Walter Mitty, and The Thin Red Line. He is one of a few actors on this list who seem to be very selective with the roles they pick, so there is a chance that he might not want to be in a superhero film.

The one thing that might be in his favor is that he recently starred in a miniseries called Gaslit. If Sean Penn is willing to be in a series, although it did star Julia Roberts which might have brought cachet to the project, maybe he might be willing to be in a Marvel project under the right circumstances.

The trendiest bad guy around is Giancarlo Esposito, who is known for playing Gustavo Fring in Breaking Bad and Better Call Saul. He also recently played Moff Gideon in The Mandalorian, adding to his villainous credentials. A major part of why his portrayal of Gus Fring was noteworthy is that while he was partly a charismatic normal guy, he could also be extremely threatening when he needed to be.

There is a chance that he is too busy to take a role at either Marvel or DC but what also makes him suited for the role is that he is used to television. So, if they choose to cast him in Agatha: Coven of Chaos, Ironheart, or Daredevil: Born Again, he will have no problem bringing an excellent performance to the smaller screen. The only mark against him might be that he could be suited to a better role within the MCU, as Professor Charles Xavier of the X-Men.

Another alum of Breaking Bad might be a great Mephisto, Walter White himself, Bryan Cranston. If you do not know him from Breaking Bad, you might recognize him from Malcolm in the Middle, Argo, or his newest series, Your Honor. If we have learned anything from Cranston’s performance as Walter White, it’s that he has range. He can also go from a relatively normal person to a villain at the drop of a hat making him a great choice for the demon Mephisto.

It does seem weird that Marvel or DC have not tapped the actor for a role yet, although they could have and he could have refused. But, if Bryan Cranston were to appear in a superhero film he would probably shine brighter as a villain, making him a prime candidate for Mephisto, especially as the role would probably draw in multiple appearances rather than as the main villain in one project.

Sacha Baron Cohen might be the most interesting choice on this list because he might have already been cast as the character. You might know the actor from his characters, Borat, Ali G, and Bruno. While he is mostly known for his comedic roles, it takes serious acting chops to expertly execute comedy, and he has proven himself in more serious projects as well.

It was rumored that he might be playing a role in the upcoming Ironheart series and that he would be a demon that the villain of that series strikes a deal with. Even if he was not cast as the character in Ironheart, he would still make an excellent choice for Mephisto down the line as he fits comic book depictions of the character perfectly.

Known for his roles in Fences, The Equalizer, Glory, American Gangster, and Malcolm X, Denzel Washington would be a fantastic choice to play Mephisto. He might not be the most conventional choice for the character as he does not look like the comic book version of Mephisto, but if you simplify the character down to his actions and nature, Washington would be able to execute the role well.

But, he is another one of those actors whose prestige might be stopping him from snagging a role in a superhero film or he might not have been offered the right one. Either way, Mephisto might be the perfect character for Washington to portray so he can chew on some scenery and be one of the best villains in the MCU.

Wes Bentley might be one of the most interesting choices on this list, and he might be the least well-known. You might recognize him from American Beauty, The Hunger Games, Interstellar, and Yellowstone. Like a couple of the other actors on this list, he would nail the devilish look of the character, as evidenced by his character in The Hunger Games.

The reason this choice is interesting is that Wes Bentley has already been in the Marvel Universe, just not in the MCU. In fact, he was close to Mephisto in the role that he played in 2007’s Ghost Rider. He played Blackheart, the main villain of the movie, who was the son of Mephisto who was played by Peter Fonda in the film. It would be a good throwback to cast him as Mephisto, even if it was just for a multiversal version of the character in a cameo appearance.

Regarded as one of the best actors of his generation, Daniel Day-Lewis would be a perfect Mephisto, although there are not many characters he would not be suited for. You might know Daniel Day-Lewis from his work in Phantom Thread, Gangs of New York, Lincoln, or There Will Be Blood. Although the legendary actor retired with Phantom Thread so the chances of him coming out of retirement for a Marvel role are low unless he needs a new house. He is also perhaps the most famous method actor, so we’d hate to see him go to hell and back for the role, but he would make an excellent Mephisto.

If Mephisto is someone who can get people to sign on the dotted line, he will need to be someone with charisma, and who better than George Clooney? Clooney has not touched a superhero role since Batman and Robin where he infamously played the Dark Knight detective. If you can’t recall where you have seen Clooney before, he appeared in The Ides of March, Up in the Air, O Brother, Where Art Thou? and ER.

Now in his silver fox era, Clooney could easily switch sides and play more of a villainous role, more akin to the morally gray characters he usually plays like Danny Ocean in the Oceans franchise. Let’s just hope that he is a little warmer on the idea of being in a superhero movie since the years of Batman and Robin.

One choice that might be a little divisive is Keanu Reeves. Known for his roles in The Matrix and John Wick franchises, as well as Speed, Point Break, and the Bill & Ted films, the actor usually plays the hero in whatever movie he’s in. Reeves is no stranger to superhero roles either, playing John Constantine in DC’s Constantine and more recently Batman in DC’s League of Super-Pets.

You can’t deny that you would not look too closely at the fine print if Keanu Reeves arrived at your house with a smile and asked you to sign a contract. Yes, it would taint his heroic image, but that is why it would be so effective. A turn from a career as storied as his would have the potential to create the best villain of the MCU.

Those are our ten choices for Mephisto in the MCU. Of course, there is always the chance that Marvel is in on the running joke and will just continue to drop tiny hints and never actually use the character in the next few years, or at all. But if they do, we think these guys would be pretty great.