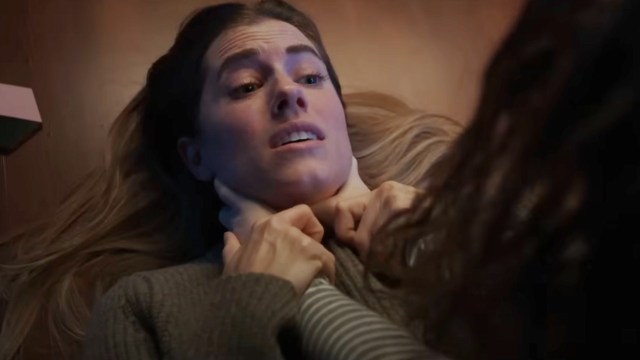 For all of its obvious flaws, M3GAN — the upcoming horror extravaganza which features a jaw-dropping collaboration between James Wan and Blumhouse — is a highly anticipated experience that the majority of moviegoers are looking forward to. However, it’s these same flaws that has a large portion of horror fans worried for the movie’s overall box office success and general reaction as a whole.

Over on the r/horror subreddit, user u/MarshallBanana_ posted an intriguing analysis, which includes the argument that horror fans simply won’t go see the movie based on cheap effects, bleak camera trickery, and a lackluster premise. On the other hand, u/MarshallBanana_ dually argued that for those film buffs that do trudge to the theater to see it, they will absolutely adore the eerie feature. Try and figure that one out.

As to be expected, the comment section was understandably divided on opinion, although an array of passionate Redditors were adamant that Gerard Johnstone, the director of M3GAN, would be the saving grace of the upcoming horror film.

Other users, however, are thoroughly convinced that the movie will turn out to be an enjoyable experience and pack plenty of fear, laughs, and endless entertaining content.

Despite these glaring flaws, including a head-scratching official rating, there appears to be some promise for the upcoming movie, if not solely because of the influence of producer James Wan and director Gerard Johnstone. Nevertheless, folks will have to strap in for the ride when M3GAN releases in theaters on Jan. 6, 2023.