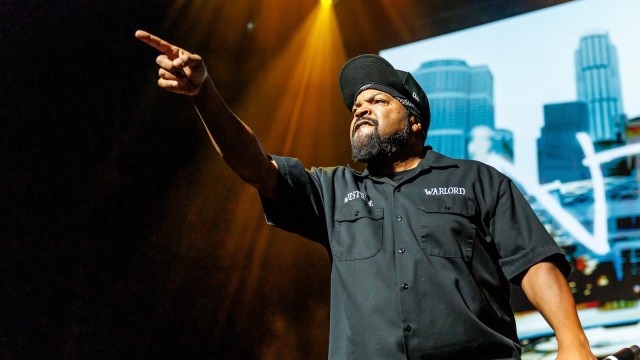 Ice Cube is still here to tell you if you don’t like how he’s living, well … you know the rest of the lyrics. The actor/rapper recently spoke out about losing work due to his steadfast refusal to take any vaccination against the Covid-19 vaccine and how his feelings haven’t changed despite whatever science might have to say about the matter. Though he may be just as well known for his family comedies as for his gangster rap heyday, he didn’t mince any (curse) words.

“I turned down a movie because I didn’t want to get the motherf***ing jab,” Cube told the “Million Dollaz Worth of Game” podcast in a recent interview.“I turned down $9 million. I didn’t want get the jab. F*** that jab. F*** y’all for trying to make me get it. I don’t know how Hollywood feels about me right now.”

The comments appear to confirm rumors that surfaced last October that Cube was dropped from the cast of Kitao Sakurai’s comedy Oh Hell No, co-starring Jack Black and produced by Sony Entertainment. The role supposedly had a $9 million paycheck attached to it but Cube says he was unwilling to comply with the production’s request that cast and crew all receive vaccinations.

The musician’s opinions to the contrary, the vast majority of the medical community have concluded that the Pfizer and Moderna vaccines are both effective and safe.

Cube went on to state that whatever Hollywood’s opinion of him may be, he’s still in business. “I’m working on it. I’m hustling,” Cube said. “Got a lot of things up my sleeve.”