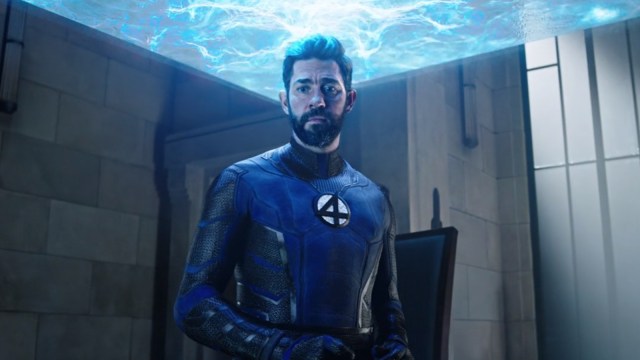 A recent update from Paramount in tandem with rumors of a starring role in Fantastic Four could see 2024 become The Year of John Krasinski.

According to Variety, Paramount confirmed that it’s delaying the release of two Krasinski projects that were set to hit screens in 2023. Krasinski will appear in the film A Quiet Place: Day One which will now be released on March 8, 2024. The second project, IF, is a film directed by John Krasinski that stars Ryan Reynolds and sees him reunite with his former Office co-star Steve Carell. The new release date for IF is May 24, 2024. There’s also a pretty good chance that Krasinski will star as Reed Richards/Mr. Fantastic in a Fantastic Four feature film the same year.

Krasinski found his way into the Marvel Cinematic Universe after fans spent years lobbying to see him play Mr. Fantastic. Dr. Strange and the Multiverse of Madness director Sam Raimi confirmed that Krasinski was cast in the film because of fan demand.

Fans were ecstatic to see their campaigning pay off with the actor’s first foray into the MCU with a juicy Richards cameo in Earth-838 as a member of the Illuminati. However, in light of Richards’ demise in the film, it remains to be seen whether Krasinski will portray Richards in Earth-616. For one thing, some fans thought his performance didn’t live up to the hype. Secondly, the studio cleverly left the door open for other casting choices and there are whispers that Penn Badgely and Jamie Dornan are being eyed for the role of Richards in the next Fantastic Four feature film.

Time will tell if the stars align and see Krasinski cast as Richard in the main Fantastic Four film.

In the meantime, you can see him as Mr. Fantastic in Dr. Strange and the Multiverse of Madness on Disney Plus.