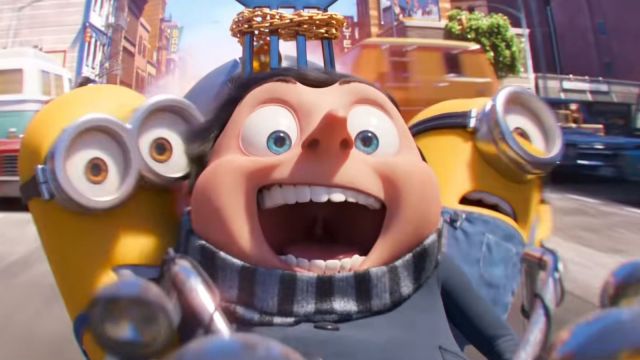 Gentleminions in the UK are invited for a limited-time special screening of Minions: The Rise of Gru as the trend continues to surge on social media.

UK cinema company, Vue, has announced a special screening of Minions: The Rise of Gru on its website. The cinema invited anyone to suit up and enjoy the movie without the fear of being kicked out.

Anyone of any age can attend this once-in-a-lifetime movie event where not only they will watch the film, but also engage in crowd participation activities. The event will be held in multiple venues to ensure that no one will miss out.

So far, this is the only theater chain that has embraced the meme to the point of hosting a special public event for moviegoers.

“We’re putting on special Gentleminion screenings of Minions: The Rise of Gru where you can enjoy the full experience of being a Gentleminion. So suit up. Bring your friends. Be Gentleminionly. Everyone is welcome, whether you’re 14 or 44, Minion or human, but please note that these sessions may include crowd participation and general, obvious levels of enjoyment”

The Gentleminions trend rose to popularity after a young Australian teenager shared a video where he and his friends wore suits to a screening of the children’s film. The viral video led to other people doing the same and was noticed by both Universal Pictures and Minions. The trend, however, led to some backlash from cinemas due to the disruptive nature of some of the attendees. That led to theaters either banning formal attire from the premise or pulling down screenings as a form of crowd control.

Thanks to the trend’s popularity, Minions: The Rise of Gru became the highest-grossing animated film in 2022, following the franchise earning more than $3.7 billion across four films.

Minions: The Rise of Gru – The Gentleminions screening will be held for a limited time on July 8 – 10, 2022. So book now with your friends while you still can.