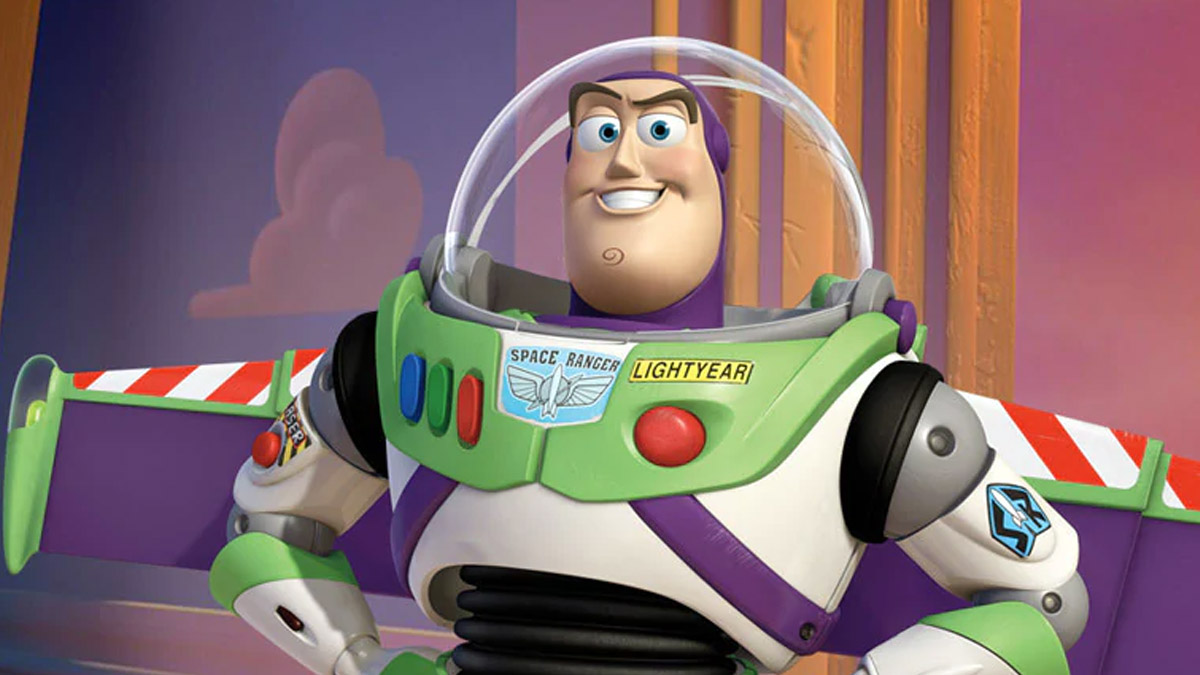 Buzz Lightyear is the heroic space ranger made famous by Pixar’s Toy Story movies. He’s a rare fictional character — one we first met as a toy in 1995, before years later meeting his real-life (well, CGI) inspiration in 2022’s Lightyear.

A crucial part of Toy Story’s massive success was the odd couple relationship between its leading toys, Buzz and Woody — the space adventurer and the cowboy. With a pixel-perfect touch, Pixar let the relationship grow and blossom throughout the franchise.

When we first met Buzz, he was a brash, shiny new toy convinced that he was the real deal and determined to go “to infinity and beyond.” The lead merchandise of a science fiction franchise, Buzz wouldn’t believe he wasn’t a universal space ranger defending the Intergalactic Alliance from its archenemy Emperor Zurg. It took a while for Buzz to realize he couldn’t actually fly and that his arm-mounted laser was a flashing bulb.

Pixar needed him to be a space hero from the start, so it makes sense they turned to a real-life inspiration.

Yes, Buzz Lightyear was named in honor of Edwin “Buzz” Aldrin — the Apollo 11 astronaut and the second person to walk on the Moon.

“I grew up in the 1960s when all of the amazing NASA space missions were going on — the Gemini astronauts and especially the Apollo astronauts, ” Lasseter explained, a Buzz Lightyear figure in his hands.

He continued, “I used to get up early in the morning and watch them come out with their cool white suits on and clear helmets and with their little suitcases, walking to the elevator that would take them up to the capsule. And I thought they were the coolest guys in the world, and so we thought, ‘why don’t we do a space action figure about the size of a G.I. Joe — 12 inches tall? That would be pretty cool. I would love that if I got that and I was Andy.'”

On the name, Lasseter explained: “The name Buzz Lightyear comes from Buzz Aldrin, which I think is an awesome name, the second man to walk on the moon.”

The director explained the toy’s surname was a suitably quick jump to space terminology, “Lightyear” being the distance a beam of light travels in one year. It was a strong name that apparently helped the character escape an alternative suggestion of Lunar Larry.

A year before Lasseter gave that explanation, Buzz Aldrin had paid tribute to his namesake at a Walt Disney World parade. Ahead of Toy Story 3’s release, the intrepid 12-inch spaceman toy had headed off-Earth for a 15-month mission, helping NASA in their efforts to educate and engage with more children.

When he returned on the Space Shuttle Discovery, Buzz Aldrin was there to greet him among a crowd of fans, and it appeared the 15 months had improved the legendary astronaut’s demeanor towards his space ranger rival.

Aldrin confirmed that before the toy had blasted into space, he told Lightyear, “don’t you forget, I’m the real Buzz.”