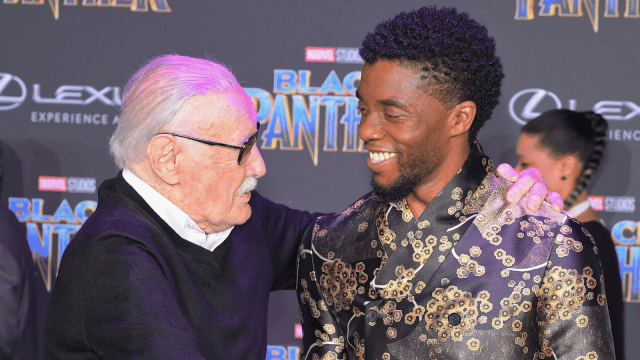 Black Panther: Wakanda Forever is finally available for the masses at long last, and the hype surrounding it is palpable.

While the film does a beautiful job of honoring the late Chadwick Boseman, inclusive of his role as T’Challa, at the end of the day, it’s still a Marvel movie and it is expected to do a number of staple ‘Marvel’ things, like often-questionable acts of heroism to put a nice bow on it.

Before Stan Lee’s passing in 2018, one such staple was a cameo appearance by the legendary Marvel author. Films in the franchise following Avengers: Endgame have more often than not included some sort of nod towards Lee in one way shape or form – is Black Panther: Wakanda Forever the same?

Does Stan Lee appear in the movie?

If there is one, it is rather obscure, but for the time being, the answer is no. Perhaps Lee’s likeness is featured somewhere in the film, but we may have missed it while we were busy sobbing over the course of the near-three hour long journey of Wakanda and its royalty dealing with grief.

There’s every chance Stan Lee did appear in some capacity and we missed it, seeing as Disney owns the rights to the Marvel author’s likeness, which inspired some dread among the fandom that we’ll one day see a CGI Lee show up in a film. Alas, this was not that film.

Black Panther: Wakanda Forever is out in theaters now.