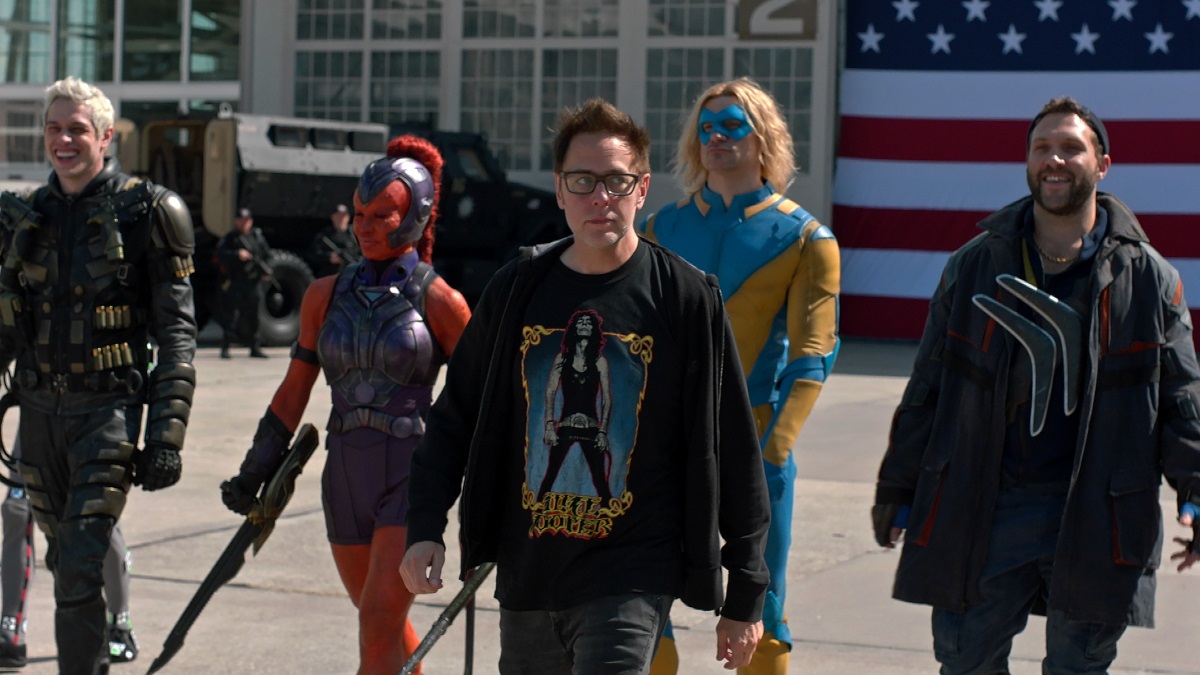 We’re not trying to say that fans of major properties are an impatient bunch, but not a single day goes by without James Gunn being asked about when he’s planning to unveil the first slate of projects to fall under his purview as co-CEO of DC Studios.

It’s happening this month, as confirmed by The Suicide Squad and Peacemaker director himself, but that doesn’t mean those desperate to find out what’s coming down the comic book pipeline are going to be sitting idly by waiting for the news to appear of its own accord.

Instead, they’ve been flooding Gunn’s timeline with requests and demands, not all of which have been of an entirely positive variety. There are still almost two weeks of the month left to go, but that hasn’t prevented the more fidgety of DC diehards from getting on his case.

As he tends to do, Gunn indulged in a light spot of rumor debunking, and then lightly sprinkled it with a dusting of factual accuracy to offer a helpful reminder that he’s still got plenty of time to prove himself a man of his word.

On the plus side, each day that passes brings us 24 hours closer to the major reveal, and you can guarantee the internet is going to blow up for better or worse when it happens. Some folks just can’t be pleased regardless of what happens, but with the SnyderVerse currently lying in tatters, we know there’s inevitably going to be plenty of backlash and criticism coming his way.