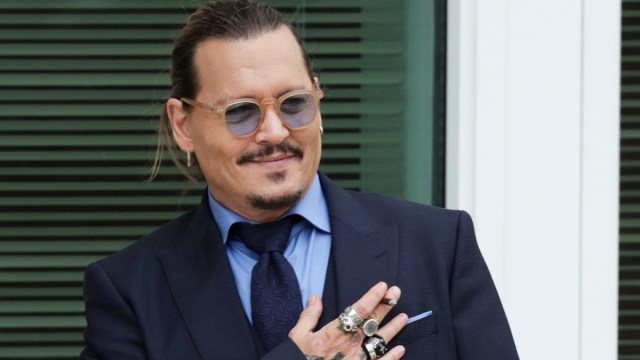 Well, it appears that rumors about the cancellation of Johnny Depp have been greatly exaggerated, as the actor has just landed his first film role following the victory in his defamation lawsuit against his ex-wife, Amber Heard.

Depp will next appear in the Netflix-backed French period film La Favorite, in which he will portray King Louis XV. According to Bloomberg, which cites two sources familiar with terms of the deal, the film will be directed by French actress and filmmaker Maiwenn Le Besco with an anticipated 2023 release date in France. The film will later premiere on Netflix France 15 months later, though it’s currently unclear whether it will eventually be available on Netflix worldwide.

La Favorite will be Depp’s first role acting entirely in French, and the film is set to be filmed over the course of three months in France this summer, including at some famous locations such as the Palace of Versailles.

This will mark Depp’s first film since Heard first lobbed domestic violence accusations against the actor in 2018. In his last, 2020’s Minamata, based on the book of the same name, Depp starred as W. Eugene Smith, an American photographer who documented the effects of mercury poisoning on citizens living in Minamata, Kumamoto, Japan.

Last month, rumors that Depp was going to be making his return to the Pirates of the Caribbean franchise ultimately proved to be unfounded. And while a French-language film is certainly no Pirates of the Caribbean, it’s certainly an indication that Hollywood may be well on its way to forgiving the disgraced (depending on who you ask) actor. And it probably doesn’t hurt that his comeback is being orchestrated by a former White House aide under President Donald Trump.

For her part, Heard has vowed to appeal the verdict, after the jury found largely in favor of Depp, awarding him $10 million in compensatory damages in the defamation suit. In turn, Heard was given just $2 million in her countersuit.

Representatives for Netflix and Why Not Productions, the film’s French producer, declined to comment to Bloomberg for the story.