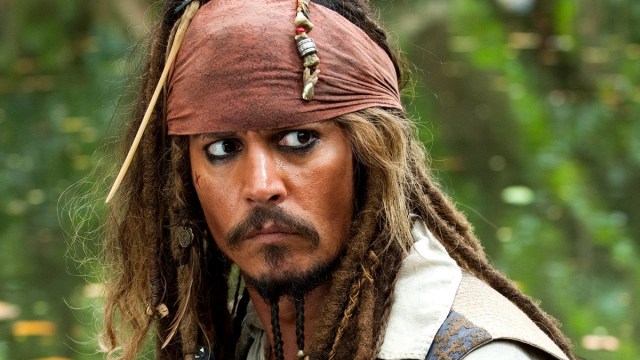 If there’s one thing the Walt Disney Corporation is famous for, it’s its legendary tightness with a dollar. If there’s a second thing it’s famous for, it’s an unwillingness to mess with its legendary family-friendly brand. So forgive us if we’re taking this news with a gigantic grain of sea salt, but according to an unnamed source close to Disney that spoke exclusively to an Australian pop culture blog, the House of Mouse is close to offering Johnny Depp, fresh off a defamation trial concerning alleged acts of domestic abuse and heading into a personal injury lawsuit trial, $301 million to reprise his role as Captain Jack Sparrow for an untitled sixth Pirates of the Caribbean movie.

According to PopTopic, Disney heard during Amber Heard’s testimony that Depp declared that he wouldn’t return to the Pirates of the Caribbean for “$300 million and a million alpacas,” rather than dusting their hands and saying, “Looks like we dodged that bullet,” Disney decided to make a competitive offer to lure Depp to returning to the franchise that has already made the studio over $4.5 billion.

“Disney are very interested in patching up their relationship with Johnny Depp. They reached out to the actor prior to his defamation trial against Amber Heard and asked whether he would be interested in returning for another Pirates film or two. I know corporate sent him a gift basket with a very heartfelt letter, but I’m unsure how it was received. But what I can tell you is that the studio has already penned up a draft for a film about Jack Sparrow — so they are very hopeful that Johnny will forgive them and return as his iconic character.”

Disney had previously replaced Depp with Mads Mikkelson in the role of Grindenwald in the film Fantastic Beasts: The Secrets of Dumbledore following Heard’s claims of abuse, which a UK defamation trial found to be credible. So it remains to be seen if both sides will be willing to reach an agreement with hundreds of millions of dollars at stake.

So far, there’s been no word as to whether Disney will sweeten the deal by offering one million and one alpacas.