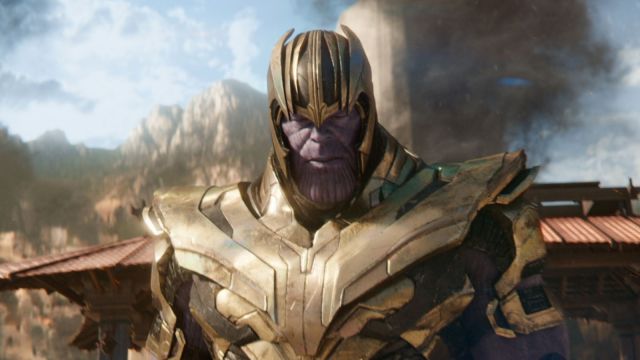 Perfectly balanced as all things should be as a variant on Thanos joins the Avengers Campus experience at Disney World.

As revealed by Disney Parks chairman Josh D’Amaro at D23 alongside Kevin Feige, a whole new multiversal experience is coming to the Avengers Campus featuring some big names, and an interesting What If…?-like scenario with Thanos. Previewing the attraction’s upcoming feature, D’Amaro teased it following a timeline where the Mad Titan won the Infinity War.

“You’re going to be able to battle alongside all the Avengers from every universe, this is a Thanos that won the Infinity War, and the Avengers are not too happy about that”

Displayed alongside some concept art is several variants on major Marvel characters, including what looked like an animated version of Spider-Man in the art style of Spider-Man: Freshman Year. Thanos can be seen wearing a suitably threatening crown as the King, making sure that King Charles III has competition.

Disney CEO Bob Chapek also spoke of other big additions to the multiverse, with a large Smart Hulk on display at the Anaheim convention.

“The Marvel team continues to expand its Cinematic Universe, and Avengers Campus is going to grow right along with it, so today, I’m excited to announce that the Avengers Campus at Disney’s California Adventure is going deeper into the Multiverse”

The additions to the Avengers Campus are will be coming soon, but no solid date was given for their opening days. The Avengers Campus has featured almost every big-name Marvel actor reprising their role, with Brie Larson, Tom Holland, and the Guardians of the Galaxy cast all back for the experience.