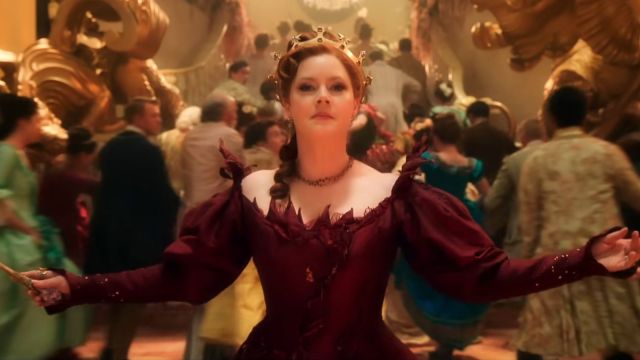 The sequel to 2007’s Enchanted is finally available to stream, and fans are flocking to the Amy Adams-led film in droves. Its balance of humor, music, and magic is garnering mixed reviews, but fans are absolutely loving the multitude of references to various Disney princesses scattered throughout the film.

A similarly magical but often far more serious fantasy trend is also prompting conversations, as people take a look back at Hollywood’s obsession with underwater realms, most recently exemplified in Black Panther: Wakanda Forever and the upcoming Avatar: The Way of Water. Each of these sub-aquatic societies have their own perks and downfalls, but we wouldn’t mind relocating for a stint in Atlantis or Talokan.

Speaking of The Way of Water, fans continue to prep themselves for the release of the latest James Cameron film. Recent trailers are only serving to escalate hype for the upcoming flick, as fans revel in an Easter egg that proves the competition between Avatar and Avengers: Endgame is far from over.

Ranking the coolest and most creative underwater civilizations in Hollywood

Hollywood loves a good underwater kingdom. They’ve cropped up in dozens of films over the years, allowing viewers to journey far beneath the surface of the sea to explore gorgeous, impossible civilizations. This year has seen several underwater communities highlighted through high-profile releases, leaving The Way of Water’s Pandora, Wakanda Forever’s Talokan, and the incessantly popular Atlantis to vie for the top spot on our ranking of the best sub-aquatic societies to ever grace screens.

The Avatar franchise is still competing with Endgame

The first film in James Cameron’s Avatar franchise held the title of highest box-office earner for right around a decade, only to be unseated by the release of Avengers: Endgame. The dramatic conclusion to the MCU’s phase three barely managed to top Avatar’s gross earnings, and in doing so created a rivalry between the two franchises. A recent trailer for The Way of Water seems to contain a nod to this ongoing rivalry, slipping an Endgame Easter egg in for eagle-eyed MCU fans to enjoy.

Disenchanted pays homage to Disney princesses of the past

The recent release of Disenchanted, the followup to 2007’s Enchanted, is overflowing with references to Disney’s packed procession of princesses. Minor nods to everyone from Rapunzel and Belle to Cinderella, Ariel, and Sofia are scattered throughout the film’s runtime, drenching it in playful nods to the stories that made it possible.

The musical and acting talent behind one of Game of Thrones’ most menacing figures recently passed away, leaving his many fans to mourn his loss. Dr Feelgood guitarist Wilko Johnson died at the age of 75 after years battling—and defeating—a cancer diagnosis. The celebrated musician lended his talent to the cast of Game of Thrones as the sinister but silent Ilyn Payne, and brought a brand new collection of fans into the Wilko fold.