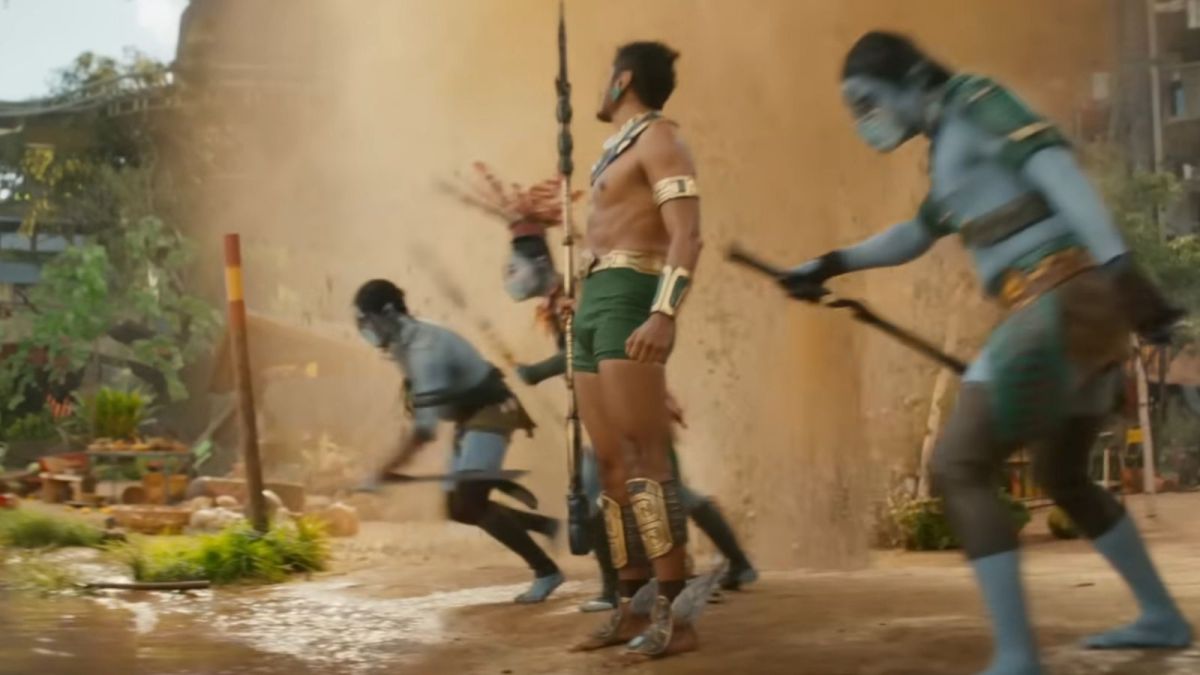 Off the back of the festive high we received yesterday thanks to the debut of The Guardians of the Galaxy Holiday Special, today’s biggest Marvel news stories have brought us back down to Earth with a bump as some unfortunate updates have come our way that will leave fans disappointed. It turns out what would’ve been a perfect cameo has turned out to be a lie while everyone’s ideal Wakanda Forever spinoff has been confirmed to never happen. Let’s proceed…

Well, that was fun while it lasted. For a hot minute there, MCU fans were convinced that none other than Mark Hamill turned up in the Guardians Holiday Special for a blink-and-you’ll-miss-it cameo as a boozy Santa Claus. This would’ve been both the perfect callback to the Star Wars Holiday Special and the culmination of many years of James Gunn and Hamill teasing they want to work together. As it happens, though, the guy in question is definitely not Luke Skywalker, as revealed by those in the know.

Tenoch Huerta’s Namor made an instant impact on the Marvel fandom in Black Panther: Wakanda Forever, so we’re all hoping to see much more of the Talokanil monarch in the MCU. Sadly, that won’t involve a solo movie, however. Producer Nate Moore has confirmed that while Marvel retains full creative control of the Sub-Mariner, pre-existing deals with Universal mean they won’t be making a spinoff all about the underwater mutant anytime soon. First his bulge was shrunk, and now this!

The biggest revelation contained in the Holiday Special is definitely the one that completely shifts the dynamic between Star-Lord and Mantis. Spoilers incoming… Yes, the pair are secretly half-siblings, and actress Pom Klementieff couldn’t be more excited about this development which only deepens both Mantis’ character and her brotherly connection to Peter Quill. Here’s hoping we get this twist explored a little bit more in next May’s Vol. 3. And speaking of the future of the Guardians…

The Holiday Special‘s She-Hulk-aping post-credits scene hinted in no uncertain terms that another festive special could be on the way next year. So is this really a thing? Well, James Gunn has since come clean on the intention behind this final gag and, well, prepare to be let down. Yes, it turns out this fourth-wall breaking moment was only supposed to be a joke as Gunn has confirmed Vol. 3 will be the last outing for this original roster of the cosmic team, so don’t expect the gang to gift us another Special Presentation next year. Hey, maybe we can get A Very Thanos Christmas instead?

The doors never close at the House of Ideas so return tomorrow for more Marvel news, True Believers.