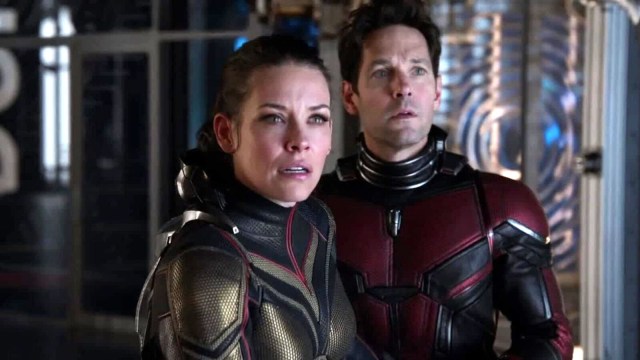 It’s time to dive back into the Quantum Realm of revelations that is our daily Marvel news roundup. What everyone’s talking about this Saturday includes our first glimpse at Ant-Man and the Wasp: Quantumania, which has left folks very worried indeed. Elsewhere, the biggest problem that’s bogged down Phase Four may have been found as a thrilling Thunderbolts theory suggests a new Hulk-adjacent hero could smash onto the scene.

Shortly after the internet went wild for the leaked Loki season 2 trailer, a scrap of footage from the Ant-Man 3 trailer shown at D23 earlier this month has Scott Lang stans everywhere worried for the astonishing hero’s safety. In a blurry photo from the event that’s going viral, Paul Rudd’s Avenger is shown to be badly battered, which has left fans concerned that Jonathan Majors’ Kang the Conqueror will prove too formidable a foe for him to survive without his super-friends. Say it ain’t so!

Phase Four is widely perceived to be the most inconsistent of the MCU’s phases to date, and an apparently harmless Reddit post seems to have woken fans up to exactly what it’s biggest problem is. When one Redditor lined up every single big bad from the past two years and asked everyone to name their favorites, it became clear that many of them were extremely lackluster, like Black Widow‘s Dreykov, Falcon and the Winter Soldier‘s Kari, and Ms. Marvel‘s Clandestines. Fingers crossed Black Panther 2‘s Namor can even out the scales a little.

Speaking of Wakanda Forever, the final movie of Phase Four has so much riding on it, by dint of it being the follow-up to the Oscar-nominated 2018 first film, but also having to continue the franchise beyond the loss of Chadwick Boseman and honor the much-missed actor at the same time. Director Ryan Coogler has opened up a little about the intense struggle of making the film, admitting that the question he kept asking himself was: “How do you carry on in the face of seemingly insurmountable odds?”

As it is, the confirmed cast of the Thunderbolts is a little underwhelming, despite the presence of Sebastian Stan’s Bucky Barnes, so fans are hoping that there are other members of the team yet to be announced. One key contender who obviously can’t appear is Red Hulk, due to William Hurt passing away earlier this year, but a new and rather rcompelling theory ponders if Marvel might bring back Liv Tyler in his stead to reprise Betty Ross, this time as her own gamma-irradiated alter ego, Red She-Hulk.