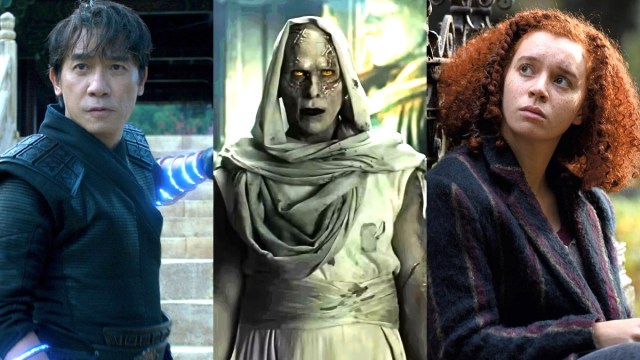 Does the Marvel Cinematic Universe still have a villain problem? It’s been one of the biggest criticisms of Kevin Feige’s all-conquering franchise since its inception 14 years ago, and it’s an argument that’s nowhere near finished.

While the long-running superhero series has rectified a lot of its antagonistic issues, many of the same underlying problems remain, whether it’s reusing the trope of “bad guy is twisted mirror version of good guy”, or holding off on the major reveal for so long that audiences begin to lose interest.

The MCU’s overwhelming popularity and level of investment on behalf of the fandom means these things are always wide open to scrutiny and nitpicking, with a Reddit thread aiming to determine a definitive ranking of Phase Four’s best and worst big bads reopening a can of worms that’s never going to stay shut.

On one hand, Tony Leung’s Wenwu and Willem Dafoe’s returning Green Goblin were fantastic additions (or re-additions in the latter’s case) to the mythology, with Ethan Hawke proving a fantastic foil for Oscar Isaac’s Moon Knight as the lecherous Arthur Harrow.

However, turn the coin over onto the other side, and there’s a lot left to be desired. Even Vincent D’Onofrio’s Kingpin was criticized for being overpowered, while nobody’s going to hold up Ray Winstone’s Dreykov, Erin Kellyman’s Karli Morgenthau, or Nimra Bucha’s Najma as particularly memorable threats.

Scarlet Witch’s turn to the dark side in Doctor Strange in the Multiverse of Madness, the distinct lack of god butchery from Christian Bale’s Gorr, and Eternals‘ predictable Ikaris reveal all came under fire, too, so it’s clear that the MCU is still lacking consistency when it comes to developing and delivering engaging adversaries.