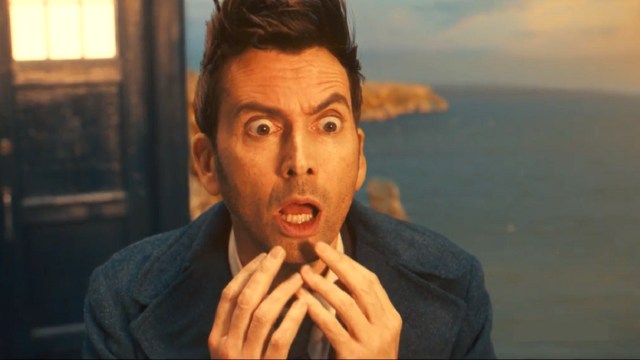 The return of David Tennant as the Fourteenth Doctor is the best thing to happen to Doctor Who in a while, certainly something none of us would’ve predicted nor dared hope for in a million years. But Russell T. Davies is returning to the helm and he’s starting things off with something truly special. The only catch is that we’re going to have to wait a whole year to see it play out on the screen during the show’s 60th anniversary celebrations, so to make that wait more manageable —for lack of a better word— the BBC has decided to preemptively launch into the 14th’s era with a comic book series.

Meanwhile, fans of HBO’s Westworld are gathering support for a petition to revive the series for a fifth and final season. It has been mere days since the announcement that Jonathan Nolan wouldn’t get to finish his ambitious sci-fi tale, but the community is already busy at work putting things right. The one question that remains is this: Has HBO ever questioned the nature of its reality?

We’re definitely getting live-action Admiral Thrawn with the upcoming Ahsoka series on Disney Plus, but Star Wars fans think the Andor team should be given a go at his origins story. Not necessarily the beloved Thrawn trilogy by Timothy Zahn, as that retcons already established continuity, but perhaps another narrative set in his youth and depicting his rise to power. That certainly fits the bill insofar as the team’s experience with the Rebel Alliance era is concerned, and given the fact that they’ve stuck the landing with Andor, this might be the perfect way for them to continue their Star Wars journey when that show has concluded after its second season.

Petition to renew Westworld for a final season is almost at 10,000 signatures

You’d think that Westworld, which was once poised to become the successor to Game of Thrones, would have more rapport with the television community than this. And yet, a few days into its cancellation, it seems as though that the fandom can’t generate enough momentum to get HBO’s attention. Right now, the petition to revive the series is closing in on 9,000 signatures, but that will be hardly enough to make the network reconsider. More people might join the campaign, but something tells us you’re going to have to invent a head-canon for those promised violent ends.

Forget about the 60th anniversary special, David Tennant’s Fourteenth Doctor is already kicking Dalek backsides and taking names. The latest issue of the official Doctor Who magazine has included a new comic that picks up right after the events of The Power of the Doctor, with Tennant’s resurfaced incarnation getting used to returning to an old body.

The Tardis then takes the Doctor to Wembley Stadium, 1966, where he witnesses the historic match between England and Germany, little knowing that a Dalek incursion is imminent. Well, you can pretty much guess what happens next, so don’t miss out this 13-issue storyline as it bridges the gap between the centenary episode and the forthcoming 60th anniversary in November, 2023.