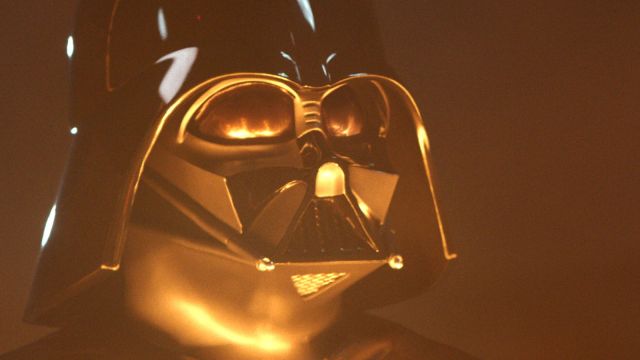 Happy Halloween, Star Wars fans! As usual, the swarms of vampires, ghosts, and zombies out trick-or-treating tonight will be joined by fans stepping into the shoes of characters from a galaxy far, far away. Let’s face it, Star Wars fans don’t need much of an excuse to get dressed up, but there’s something very special about opening the door to Darth Vader solemnly demanding candy or getting to meet Boba Fett and offer tribute.

More of some of the best Star Wars Halloween costumes we’ve seen later, but for now there’s an illuminating interview with Andor director Toby Haynes to pick through and a fun promo for the remaining four episodes of Andor that points the way to the season finale.

Rogue One writer (and ghost director) Tony Gilroy is masterminding Andor (and doing a damn good job of it so far), but it seems not even he can be everywhere at once. An interview in The Hollywood Reporter with director Toby Haynes reveals that he was called in to direct the first three episodes mere months before the shoot began. Though he was happy with the amount of prep time, Haynes admitted that:

“We had to hit the ground running. On my second day or something, I went out to see the construction they were doing at Marlow, which is where they built Ferrix, and I saw the scale of what they were doing. And that’s when I realized just how deep the shit that I was in. (Laughs.) So it was a huge responsibility, and it was incredibly exciting.”

He went on to underline that Gilroy didn’t necessarily want die-hard Star Wars fans working on the show in order to keep it feeling distinct. Haynes, who has been a fan since he was a kid, said he was worried Gilroy wouldn’t like that:

“[Tony] was nervous about how much I love Star Wars, but I always say that I’m a dramatist first and a Star Wars fan second. So what comes first for me is the story and the characters and what we’re trying to do. But when you see your first droid on set, you do get really excited about it, and you have to make a concerted effort to make sure it stays in the background. Tony was very clear about that. He never wanted to foreground the monsters. He never wanted to foreground the droids. He wanted it to be part of the fabric of the piece, but not do a special shot where you’re announcing a new alien or something like that. He really wanted it to feel completely integrated in the world that he was presenting and not presented [in and of itself].”

Haynes directed episodes 1-3 and 8-10 of the show, meaning he got to direct Forest Whitaker’s live-action return as Saw Gerrera. Here’s some insight into how they got that magnetic performance:

“I wanted to end on an extreme closeup of Forest at the end of his rant about all the separatist groups of the alliance. A really direct, face-on shot would really bring you into the argument and build that intensity. And so I just got him to do that speech over and over again. I was just like, ‘Go crazy with it,’ and that closeup was one of the best closeups of my career. Seeing him do that was just absolutely magical, and to have him play opposite a heavyweight like Stellan was a career highlight.”

On Wednesday the final third of Andor‘s first season will air and judging by this teaser trailer it’s going to silence any critics complaining of a lack of action. It appears we’re going to get some interesting-looking aerial combat (is Luthen’s ship sprouting lightsabers?!), a prison break on Merkina 5, and some kind of drama in the Galactic Senate.

We have a few things on our wishlist for the remaining episodes, to see Cassian reprogramming K-2SO, Mon Mothma being forced to make the “tough decisions” that have been teased, much more Saw Gerrera (possibly with a young Jyn Erso appearance) and, most of all, some kind of appearance from Emperor Palpatine himself.

That last one might be a pipe dream, but what better way to showcase the evil of the Empire than show the sinister wrinkly monster at the heart of it?

We’ve been picking through some of the best Star Wars costumes posted to social media and it seems like the streets are about to be flooded with Jedi, Sith, Stormtroopers, and bounty hunters of all descriptions. Here’s how it’s going down on Twitter and Reddit:

This Star Wars x Lord of the Rings mashup idea is just genius, but we also want to see the Gandalorian:

A truly great father dresses up as a Gonk droid:

These Ahsoka Tanos are off the chain:

This behind-the-scenes Boba Fett is a true deep cut for hardcore fans:

And finally, let’s take a look back at Halloweens past with these awesome pics from fans back in the 70s and 80s:

Have a great Halloween and stay safe out there everyone!