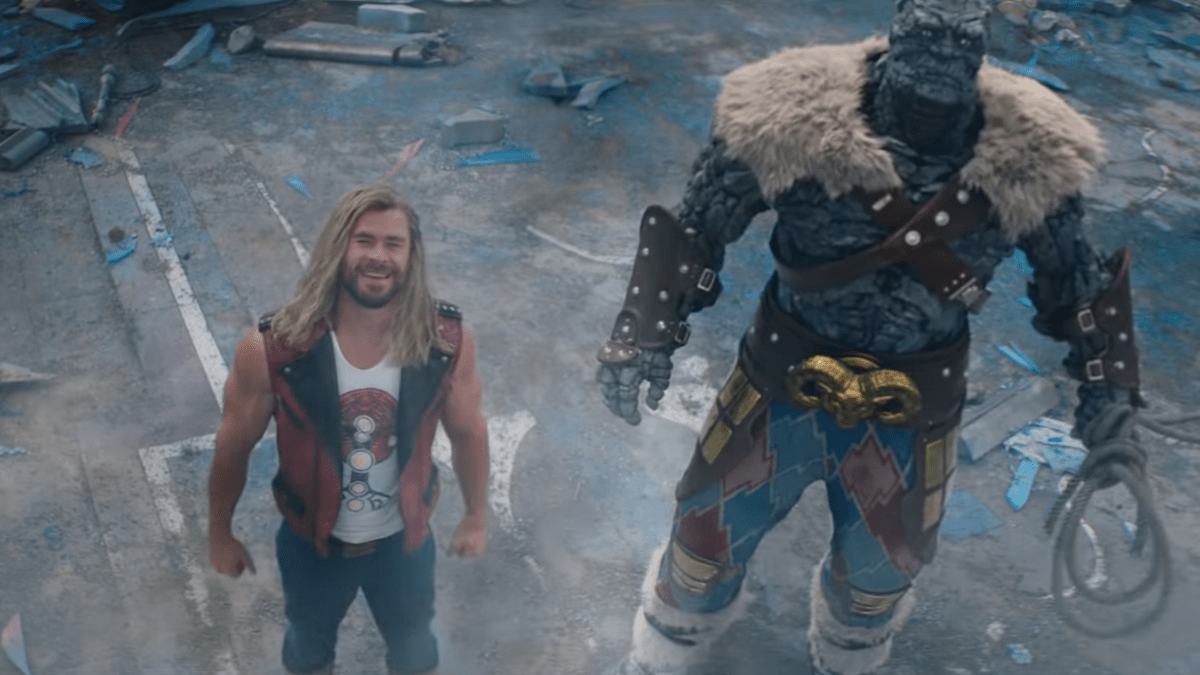 Not all movies are created equal, but MCU fans seem to be in consensus that Captain Marvel is the worst of the Marvel films. With the release of Thor: Love and Thunder, the negative reviews started piling up against it and that’s what may have sparked the debate that is taking place between MCU fans.

Richard Brody of the New Yorker was only one of Thor’s negative critics when he remarked, “The film passes through the nervous system without delivering any sustenance or even leaving a residue.”

Captain Marvel didn’t get much of a reception either when Hannah Lodge of The Beat penned, “The movie’s central premise asks: Who is this person? I’m not sure we get more than a superficial answer.”

Now, a raging battle is ongoing on Twitter where even Iron Man 2 has been thrown into the mix.

Despite a star lineup with Brie Larson, Samuel L. Jackson, Jude Law, and Annette Bening, some fans couldn’t get past the story. Some guys just don’t want preached to while they’re trying to watch a movie, and by saying that they paint a target on their own backs as a misogynist.

The battle lines take a turn. Fans are sure to have a heyday with this one. Which is the real Captain Marvel? Is it Billy Batson who turns into Captain Marvel after saying, “Shazam?” Or is it Carol Danvers who had no idea who she was until she gets her memory back?

To get back to the original topic, there is some genuine critique of Brie Larson’s performance. There are two sides to the story with many fans on Larson’s side, but there are others who weren’t so excited about it.

Many fans stepped up to defend Captain Marvel though. It depends on the fan’s perspective. The story writers, the directors, and the actors can’t make everyone happy all the time. There will always be haters, but this fan is taking a stance against all the hateful comments.

More replies to the debate came rolling in as the tide was turned to favor Captain Marvel. When a diehard fan steps up with a distinguishing Tweet, it flipped the switch.

There will always be debaters on both sides. Whether Thor: Love and Thunder is actually a bad movie or Captain Marvel is worthy of any hate, that’s up to the viewer, but the hate can get unreal. Brie Larson and Chirs Hemsworth both are superstars who churn out great performance after great performance. To have anyone hating on them for their work is ridiculous!