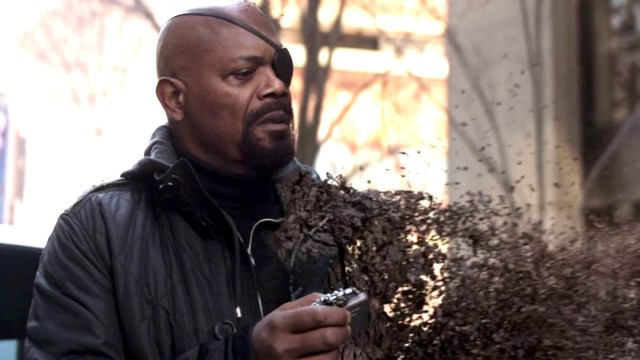 Virtually every Marvel Cinematic Universe project to arrive since the conclusion of the Infinity Saga has addressed the fallout of the Snap, with any hero or villain worth their salt to have appeared during Phase Four making a point of noting where they were when it happened, and whether or not they’d spent half a decade in purgatory.

It’s a fascinating story device that affects everyone in a completely different and wholly unique way, but what about the regular people who were just going about their day jobs? Countless theories have questioned whether you’d return to the exact same place you were five years prior, which spells bad news for anyone who was flying in an airplane.

In that vein, MCU supporters over on Reddit have demanded to know what happened to the unsung victim of the Avengers: Infinity War post-credits scene; namely, the helicopter pilot who was Blipped out of existence, while his preferred mode of transport spun helplessly around the sky.

While arguments are being made that the deal was to return the 50 percent of living creatures that were wiped out “safely”, Iron Man technically didn’t use that key phrase when firming up his plan. Kevin Feige said everyone was okay, but that’s only because he’s the architect of a multi-billion dollar PG-13 franchise, so he’s not exactly going to entertain any notions involving fiery deaths, freefalls from thousands of feet in the air, or any other accidentally gruesome dispatches that may unfold.

You can either pretend the helicopter pilot is safe, then, or concoct an unsavory concept of your own.