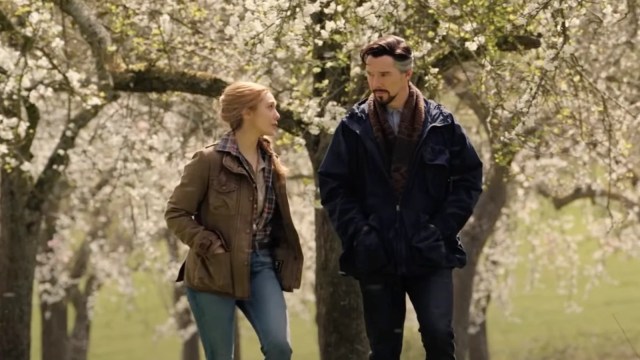 This summer’s Doctor Strange in the Multiverse of Madness essentially boiled down to a direct conflict between Benedict Cumberbatch’s title hero and Elizabeth Olsen’s Scarlet Witch, albeit one that placed the future of every known reality (and the limitless undiscovered one) in a state of severe peril.

While that’s an interesting hook with which to build a $200 million blockbuster packed with lavish visual effects, surprise cameos, massive action sequences, and even a spot of character-building, plenty of Marvel Cinematic Universe mainstays haven’t been best pleased with the Doctor Strange sequel undoing a lot of the hard work put in by WandaVision to turn the franchise’s most powerful figure into a well-rounded and incredibly complex fan favorite.

The conversation has now evolved that tiniest bit further, with Redditors directly asking which of the two could be labeled as the biggest hypocrite, after Strange disavowed the rules and regulations of the multiverse to reanimate a dead body, dreamwalk, and ultimately take Wanda on head-to-head, while Scarlet Witch went about enslaving and murdering her way to a “happy” family life with her children.

As you’d imagine, things are getting fairly spicy in the comments, and it’s clear that both Avengers have plenty of defenders. However, if you dig into the nitty-gritty, then the actions of both Wanda and Strange are justified, at least in the context of their own chosen worldview. Clearly, it’s not one that everyone’s going to agree with and support, but bending or breaking the rules can often bring ends that ultimately justify questionable means.