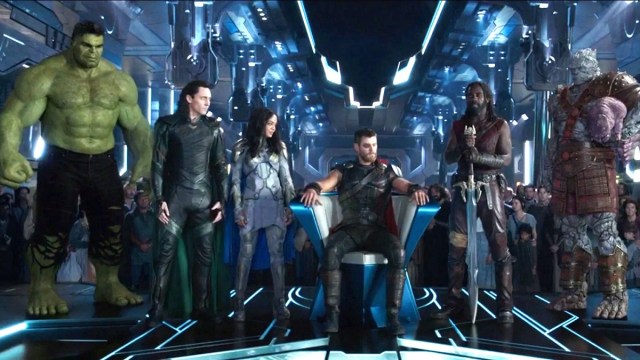 The Marvel Cinematic Universe has proven itself partial to a team-based dynamic or two, and it’s a sentiment clearly shared by audiences when you remember that Spider-Man: No Way Home is the only one of the franchise’s five highest-grossing movies that doesn’t feature the Avengers being assembled.

Of course, countless heroes have proven themselves capable of flying solo on more than one occasion, but Chris Hemsworth’s Thor has shown that he loves nothing more than buddying up with various other characters to ride into battle facing insurmountable odds.

Covering the length and breadth of the MCU, the Odinson has lent support to Earth’s Mightiest Heroes on four occasions, while he gathered his own Revengers (copyright pending) for Ragnarok, was established as a Guardian of the Multiverse in What If…?, anointed the Asgardians of the Galaxy at the end of Endgame, and will be seen as part of “the greatest team ever” in Love and Thunder.

With that in mind, the good folks over on Reddit have been trying to decide which Thor-adjacent squad stands tall as the best, and it’s not as straightforward as you may think.

While some folks are finding it hard to look past the OG Avengers, the Asgardians of the Galaxy are getting a lot of love. Of course, one aspect that Love and Thunder‘s as-yet-unnamed ensemble has that the others don’t is a pair of screaming space goats, which has got to be regarded as a sign of impending victory, especially when they were used to troll James Gunn for nothing more than sh*ts and giggles.