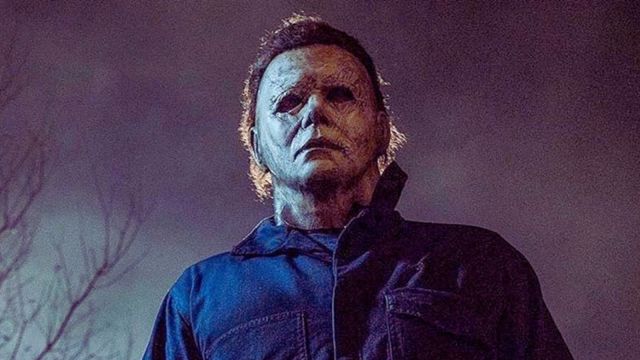 Horror’s most terrifying villain has finally seen his mask lifted with a harrowing behind-the-scenes image posted of Michael Myers from Halloween Ends.

The long-running series trope of Myers never being unmasked, or only with his face still obscured by darkness, continued during Ends as the franchise finally saw its final resting place. But a thorough look behind the mask has been presented to fans in the form of a behind-the-scenes image from the makeup artists. If you have trypophobia, look away.

Christopher Nelson and his team’s work to make James Jude Courtney become the monster Michael Myers looks so extremely impressive here, with an exceptional level of detail for something which is barely seen in proper light during the 120-minute runtime. Prosthetics like these are a massive testament to the talented effects team.

Nelson also shared the molding process for Myer’s iconic mask. Originally a William Shatner mask in white, it’s become a pop culture icon and has remained one of the standout motifs for horror. Up there with Freddy Krueger’s red-and-green jumper, Jason Vorhees’ mask, and Mia Goth’s eyebrows as horror’s most distinctive accessories.

Halloween Ends didn’t get the fairy-tale critical reception that the studio had hoped for, but will be feeling fairly happy with its box office return as it nears the $100 million mark. Fans have remained split on Ends, with some desperately unhappy with director David Gordon Green’s vision, and others happy with the risks taken.

Perhaps the best thing to come out of Halloween Ends is it lived up to its title, and indeed ended. The schlocky opportunity was thankfully missed for a dastardly post-credits scene, so fans can rest easy knowing the franchise is on ice.

Halloween Ends in currently in cinemas and is available to stream on Peacock.