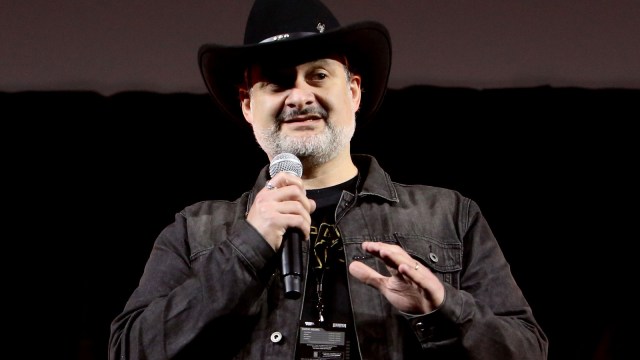 Nobody in their right mind can deny that Dave Filoni is one of the best things to have happened to Star Wars in recent years, with the lifelong fan, multi-talented artist and filmmaker, and savant of the lore working his way up through the ranks at Lucasfilm to currently enjoy the title of executive creative director.

Having been responsible for some of the finest Star Wars content of the 21st Century via The Clone Wars and Rebels, Filoni made a seamless transition into live-action by partnering up with Jon Favreau to oversee a packed slate of Disney Plus exclusives that includes The Mandalorian, The Book of Boba Fett, and the upcoming Ahsoka.

He also worked as part of the art department on The Force Awakens, but one Redditor may have drank a little too much of the Filoni Kool-Aid when they suggested that the biggest missed opportunity on the sequel trilogy was not handing him the directorial reins.

Of course, it didn’t take long for fellow commenters to point out that prior to The Mandalorian, Filoni’s live-action experience behind the camera comprised of… well, absolutely nothing, so it’s not as if Disney would hand him a combined total of over $600 million to helm three of the most anticipated blockbusters of all-time.

Not only that, but the one and only time he directed a feature film came with 2008’s The Clone Wars, which holds respective critical and user ratings of just 18 and 40 percent on Rotten Tomatoes, comfortably making it the worst-reviewed big screen release in the history of a galaxy far, far away.

Rose-tinted glasses can often cloud a person’s judgement, and while Filoni would more than likely be capable of tackling an excellent Star Wars film these days, the sequel trilogy would have been a huge risk that might not have even slightly paid off.