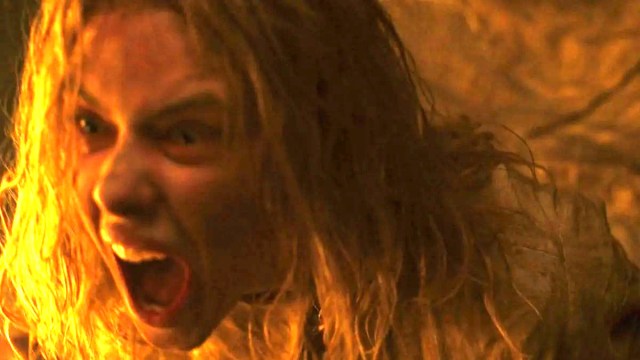 In a turn of events that absolutely everybody saw coming from a mile away, Netflix’s viewership charts are being swarmed by horror movies, spooky TV shows, and serial killer stories – with the aptly-titled Hellhole the latest to get in on the action.

Per FlixPatrol, the atmospheric Polish terror has become a Top 10 hit in 36 countries around the world since being added to the library, and it’s performing so well that it currently ranks as the seventh top-viewed title on the platform’s global rankings. Once again, it’s become perfectly clear that subscribers are utterly insatiable when it comes to all things morbid.

Not only have Ryan Murphy’s Dahmer – Monster: The Jeffrey Dahmer Story and true-life thriller The Good Nurse been occupying serial killer enthusiasts, but Guillermo del Toro’s Cabinet of Curiosities and Spanish-language success The Chalk Line have been appealing to those with a penchant for the more demonic and intense side of the fence.

Set in 1987, Hellhole finds a young and inexperienced policeman infiltrating a mysterious monastery to try and uncover the truth behind a spate of disappearances from a clinic claiming to treat those stricken by possession. As you can imagine, there’s much more to the story than even the rumors of ritual sacrifice and devil worshiping to have plagued the convent for decades, forcing our out-of-his-depth protagonist into a battle to try and save his own life, too.

The Chalk Line and Hellhole have rewarded Netflix with two international horror sensations in the span of less than a week, and those who shell out their monthly fee are just as excited as they are trepidatious to devour them both.