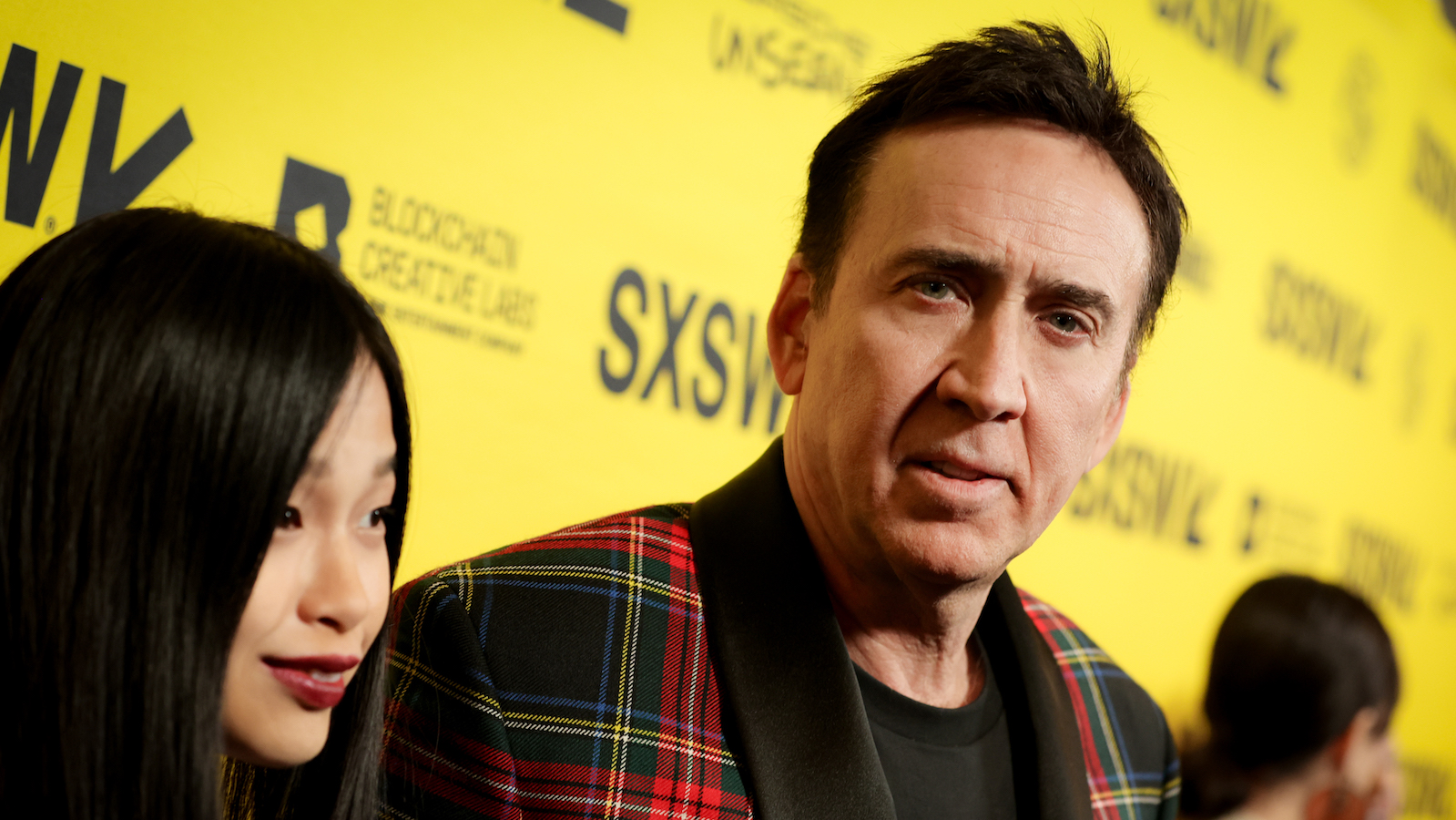 Cage has himself starred in Marvel films Ghost Rider and Ghost Rider: Spirit of Vengeance before Marvel Studios became the powerhouse, well-oiled movie machine that it is today.

Back in 2019, Coppola defended his pal, Taxi Driver director Martin Scorsese, for saying he doesn’t think Marvel movies are cinema. Coppola went one step further, saying not only are Marvel films not cinema, but they are “despicable.”

Cage apparently doesn’t share the same sentiment as his uncle. The Oscar-winning actor — whose repertoire ranges from arthouse indie films to straight-to-VOD schlock to crowd-pleasing blockbusters — told GQ when confronted with the Marvel criticisms that he doesn’t “understand the conflict.”

“I don’t agree with them on that perception or opinion. I think that the movies that I make, like ‘Pig’ or ‘Joe,’ are not in any kind of conflict with Marvel movies,” Cage said, referencing two critically-acclaimed, lower-budget indie films he starred in.

The actor went on to say he doesn’t think Marvel movies had anything to do with the end of mid-budget films, in the $30-$50 million range, known as a “tweener.”

“I think movies are in good shape,” Cage reiterated, citing recent films like The Power of the Dog, Spencer, and the works of producer Megan Ellison and director Paul Thomas Anderson — and their still-thriving careers — as examples.

“Marvel has done a really excellent job of entertaining the whole family. They put a lot of thought into it,” Cage said. He said the genre of superhero films has also made “big progress” since he helmed those two Ghost Rider films, too.

“Kevin Feige, or whoever is behind that machine, has found a masterful way of weaving the stories together and interconnecting all the characters. What could be wrong with wholesome entertainment that is appealing to the parents and the children, and gives people something to look forward to? I just, I don’t see what the issue is.”

It seems that not even Coppola can indiscriminately hate on every Marvel movie since he recently admitted to liking the Deadpool films, much to the delight of star Ryan Reynolds.

Cage is set to star as a fictionalized version of himself in the meta-action comedy The Unbearable Weight of Massive Talent — which so far boasts a perfect critical score on the review aggregate site Rotten Tomatoes — coming to theaters April 22.