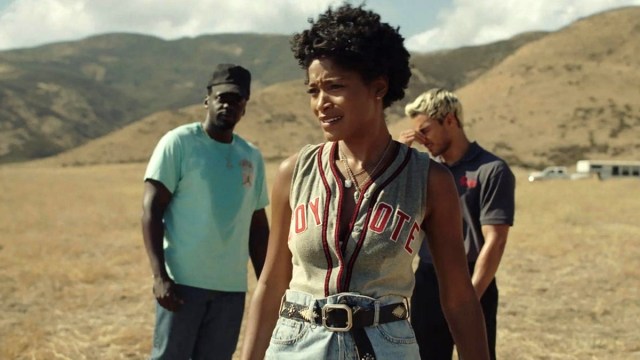 Sometimes a a superhero fancasting gains so much steam on social media that it gets to the point where everyone’s convinced it’s actually happening. In actuality, the root of the rumors are just fans and their wishful thinking. Such is the case with Keke Palmer and Rogue. Earlier this summer, the concept of the NOPE actress playing the beloved X-Men member in the MCU ran riot online, even though there’s no real truth to the casting. (That we know of, anyway.)

At least those hoping for this to become a reality can rest assured that Palmer would be more than up for following her NOPE co-star Daniel Kaluuya into the Marvel Universe as the superpowered mutant heroine. When asked about the Rogue rumors in an interview with ComicBook, Palmer had the perfect response, even quoting the character’s “sugar” catchphrase:

“That’s confidential, sugar. No, I’m kidding. I don’t know. I just know that the fans, the way that the fans have me booked, honey, online, I got to do a gig every week. So if we’re adding Marvel to it, hey, let’s do it. I’m ready for Rogue.”

Comics-loving conspiracy theorists out there may wish to read deeper into Palmer’s words. By the looks of things, she’s just kidding with that “confidential” line, and she really hasn’t been in talks with Marvel over playing Rogue. At least, not yet. We know all too well that the studio definitely takes notice when a fan-casting blows up online. That’s how we ended up with John Krasinski as Mr. Fantastic in Doctor Strange 2.

Palmer would also be an all-round great choice for the gig, regardless of all the fan support. Her star is certainly on the rise, and she’s got the charisma and talent to deliver a more authentic and independent version of Rogue than we saw in Fox’s films (sorry, Anna Paquin). For the moment, though, the next time we’ll see the character on our screens will be in the X-Men ’97 animated series.