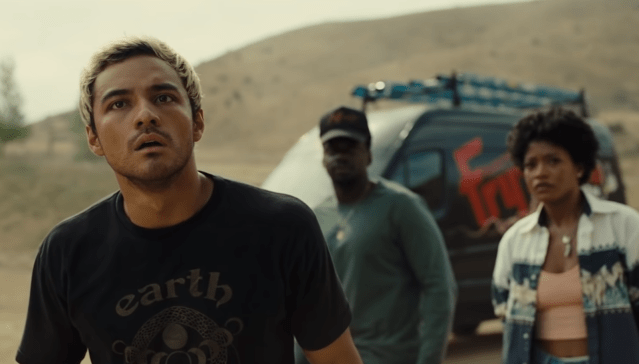 Moviegoers and horror fanatics alike are intensely up for horror director Jordan Peele’s sci-fi extravaganza Nope — which is officially set to hover over theaters tomorrow, with early screenings happening tonight. And while Peele fans (Pans?) are already scratching their heads in anticipation as to what the movie is actually about, star Keke Palmer — who portrays ranch owner Emerald Haywood — has revealed that even if she wanted to, she wouldn’t know exactly how to spoil the upcoming horror film.

While speaking with IndieWire, Palmer discussed folks coming up to her and asking her to drop subtle hints regarding Peele’s UFO-centric movie — although, Palmer revealed that because of Peele’s unique formula and balance of multiple genres, she doesn’t believe that actually could spoil what the actual film is about.

People are always trying to get me to spill secrets on the thing, and I’m like, ‘I can’t really tell you anything’ and also, ‘I don’t even know how to tell you what this movie is. It’s pretty hard, because it has so much going on. It’s really what you would call a cinematic experience, that is literally what Jordan has created. It’s like nothing else that you’ve seen of his before, but yet is just as thoughtful and has so much to say as the other things that you’ve seen. But the tone of it, the way that it balances horror and action and adventure, it’s just very unique. And so it becomes, ‘I can’t tell you even if I wanted to.’

While Palmer’s comments might be frustrating to eager fans — who believed they had the plot figured out months back — it’s truly an electrifying experience to go into a movie without actually knowing all of its details. Truth be told, a lack of concrete plot information will make the entire encounter and overall fear factor that much better.