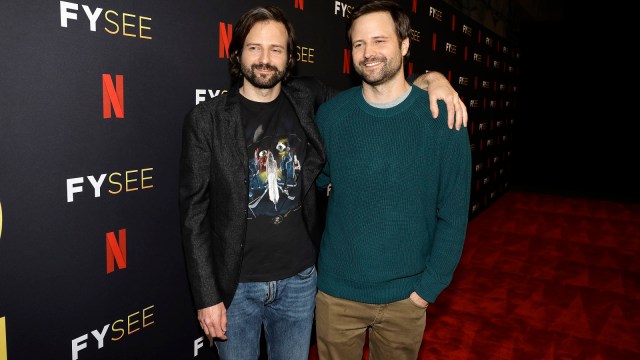 It’s become common practice for Marvel Cinematic Universe fans to put forward their hypothetical candidates to take the reins on either a feature film or Disney Plus project, and the discourse always tends to generate a myriad of mixed responses.

Having seized the zeitgeist and reached the top of the pop culture pile thanks to the overwhelming success and global appeal of Netflix juggernaut Stranger Things, which boasts its own intricately-connected lore full of deep cuts, callbacks, and references, you’d have thought The Duffer Brothers were tailor made for the MCU.

Well, some fans certainly seem to think so, but as the comments on a Reddit post pitching the sibling duo for the franchise has made abundantly clear, not everyone is sold on Matt and Ross getting involved in Kevin Feige’s operation.

Interestingly, a lot of folks are of the opinion that the Duffers would be much better suited to DC than Marvel, given that Warner Bros.’ shared superhero universe doesn’t shy away from darkness as and when required, something that’s been very true of Stranger Things, but not the MCU.

Of course, the pair have the freedom to do whatever they want at Netflix and have recently established a production company to do just that, so the prospect of them heading across town to pitch up at Marvel would be a long way away, if it were to ever feasibly become a possibility.

Then again, Marvel tend to get exactly the talent the company sets its eyes on, and we all know money talks loudest at the end of the day.