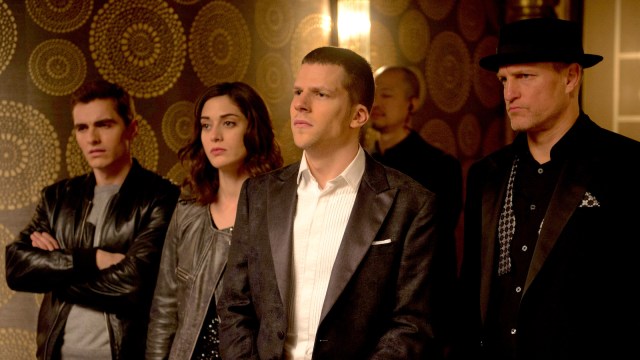 It’s been some time since Now You See Me: The Second Act brought magic and mayhem back to our screens and now the third installment of the magic franchise, Now You See Me 3, has finally found a director who sharpened his teeth with a Marvel flick.

Ruben Fleischer is the filmmaker behind blockbuster action movies such as Uncharted and Marvel/Sony’s Venom, and now he’s tackling the long overdue third installment of this franchise.

Fleischer is excited to be reunited with two of his favorite actors, Jesse Eisenberg and Woody Harrelson, whom he previously worked with on the 2009 hit, Zombieland, and its follow-up, Zombieland: Double Tap. As reported on Deadline, the director’s commented on the announcement, and it’s pretty clear why he signed onto the project.

“There are three things in this world I absolutely love… Jesse Eisenberg, Woody Harrelson and magic. To have the chance to work with these two talented actors, as well as the rest of the incredible cast of the Now You See Me movies is a dream come true.”

This comment heavily implies Eisenberg and Harrelson are likely to appear in the film, however, so far only Michael Caine and Dave Franco are officially listed on the film’s IMDB page.

“I am a lifelong fan of heist movies – I love getting drawn in by the twists and the mystery where nothing is what it seems. And that’s even more true when the thieves are magicians – the opportunities are endless.  Eric was able to unlock a fresh and exciting way into a new movie and fun new characters, so I’m excited to dig in even further.”

The franchise follows a group of talented magicians, referred to as the Four Horsemen of the Apocolypse, as they use the art of deception to right the wrongs in society through elaborate heists. The first film saw Eisenberg, Harrelson, Isla Fisher, and Dave Franco as the Horsemen unknowingly led by Mark Ruffalo’s character as he sought revenge against all involved in his father’s death. Fisher was later replaced by Lizzy Caplan in the sequel. The star-studded franchise has also featured actors Michael Caine, Morgan Freeman, and Daniel Radcliffe.

Working on a new draft of the screenplay is Pride Prejudice and Zombies‘ and The Lego Batman Movie writer Seth Grahame-Smith with oversight by Fleischer. Oscar nominee Eric Warren Singer, who previously co-wrote Top Gun: Maverick and American Hustle, wrote the first draft.

Currently, there is no official date for the release of Now You See Me 3 with many speculating that we may see it towards the end of 2023.