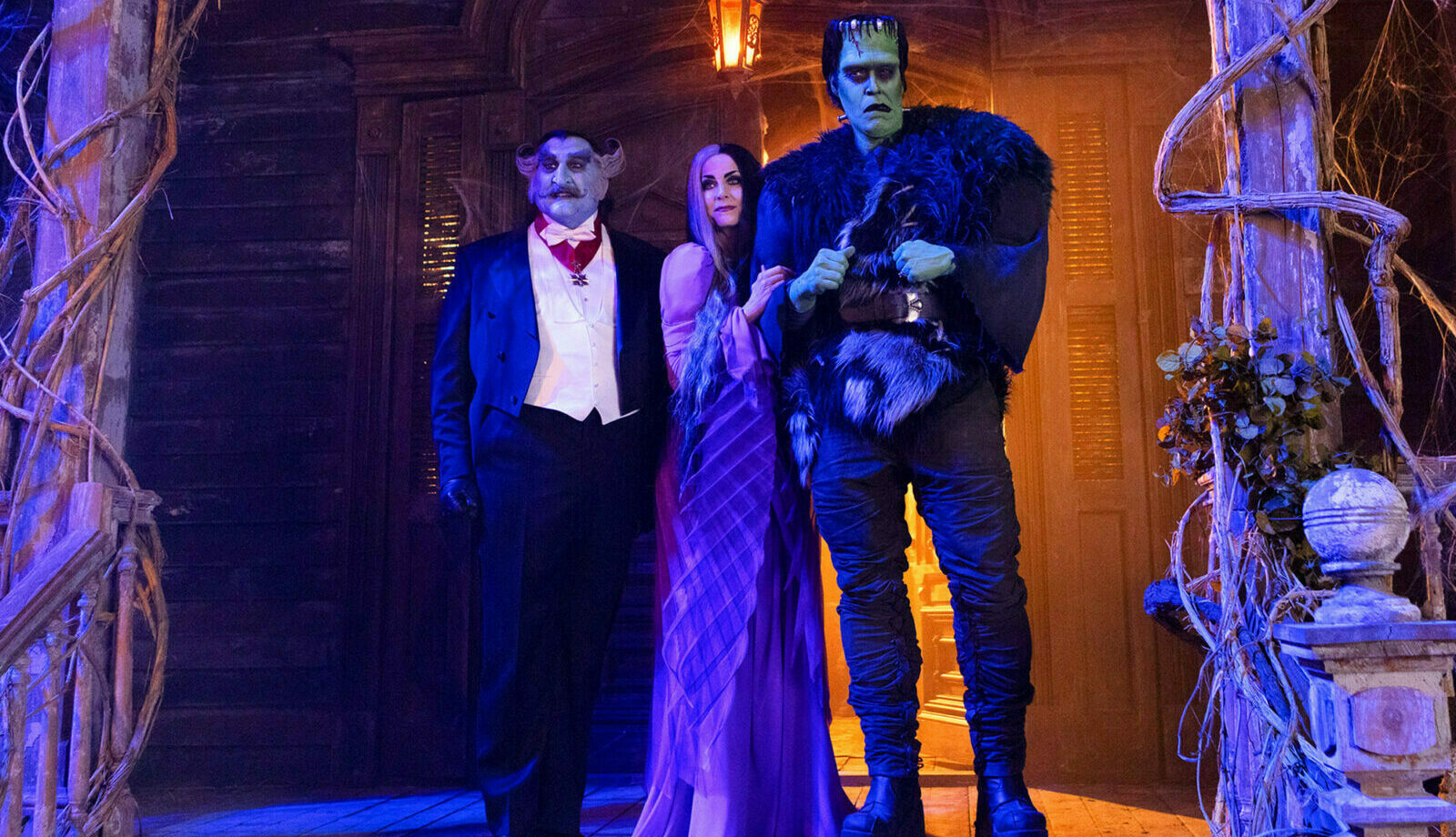 The Munsters are back, and they’re not so different from the way you remember them as you might think.

When Rob Zombie was announced to be helming a movie reboot of the classic 1960s sitcom, folks expected the 3 From Hell director to transform the franchise into an R-rated gore-fest, but the first teaser trailer for the upcoming film just arrived this Wednesday, and it couldn’t have been more of a nostalgic and loving homage to the original show.

Just in case that didn’t make it clear enough, Zombie has now confirmed that he wanted his reboot to be “100 percent” in keeping with the sitcom. As the filmmaker told Entertainment Weekly.

“Yeah, it’s 100 percent in the spirit of the show. I didn’t want it to be different. I wanted to totally retain the vibe that it had in the ’60s.”

“I wanted to cast people that had worked together a lot. I couldn’t risk getting on set in Budapest and going, my leads aren’t getting along, they have no chemistry. So that’s why I chose the cast I chose. Jeff Daniel Phillips and Sheri Moon Zombie and Daniel Roebuck, they work together a lot and I knew they would just fall right into it.”

The teaser opened up on a faithful recreation of the iconic Munsters title sequence, complete with OG theme tune. While this was in appropriate black-and-white, however, an additional clip was in full color, thereby confirming that the reboot won’t be maintaining the monochrome color palette of the sitcom. Zombie admitted that he knew Universal would never have greenlit the project in the first place if he wanted to make it black-and-white, so instead he opted for “hyper-real” colors to give the movie a “live-action cartoon” feel.

“I knew that if I went in and demanded ‘This movie’s going to be in black and white or forget it!’ we would not be talking about the Munsters right now, because it would have never happened. I guaran-f—ing-tee it,” says the director. “But what I did do is I made the colors sort of hyper-real. I noticed when the actors were in their makeup and they were just walking around, getting lunch or whatever, they looked like cartoon characters come to life. They were just so insanely colorful. I was like, I have to light the movie in the same fashion. It really seemed at all times like a live action cartoon, which was really exciting.”

Joining Phillips, Moon, and Roebuck in The Munsters is a spookily stacked supporting cast including Jorge Garcia, Sylvester McCoy, Richard Brake, and Cassandra “Elvira, Mistress of the Dark” Peterson. And fans of the sitcom can expect a whole host of callbacks to the show, potentially even a couple of the original cast making cameos. A release date has yet to be offered, but we know that The Munsters will get a simultaneous opening in theaters and on Peacock sometime later in 2022 — we’d bet money on it dropping around Halloween.