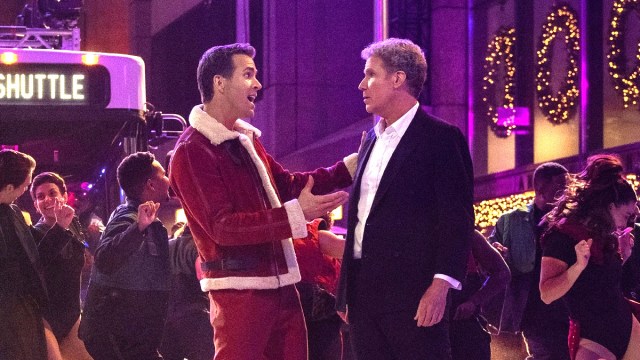 via Apple TV
Review of:

The actor and producer has literally spent decades getting into the required physical shape to convince as a comic book character, which comes with its own set of intricate fight choreography that needs to be memorized and repeated over and over again. It’s not an easy task, but Reynolds admitted that he’d much rather throw a stage punch than execute another song-and-dance number.

The gin magnate, marketing executive, and soccer team owner can currently be seen starring opposite Will Ferrell in Apple TV festive musical comedy Spirited, and with Deadpool 3 in the works, he admitted to The Big Issue that he’s a great deal happier in the world of costumed crimefighters than toe-tapping extravaganzas.

“Training for a superhero movie is something I’ve been doing since I was 20, and I’m 46 now. It’s second nature to me. Doing a fight sequence is in my bones. I memorize them very fast. I can make a mistake and use that mistake to my advantage in the moment. Whereas dancing, if I make one mistake, I completely fall apart.

“I don’t know if I would [make a musical] again. I don’t think so. They’re just such vastly different disciplines. When you haven’t spent your life at a craft like song and dance, you’re just always playing catch up. Thank God, we have 10, 15, 30, 50 takes to get it right.”

You can only imagine what real-life BFF and online archenemy Hugh Jackman has to say about Reynolds’ confession when the musical theater veteran has spent a large chunk of his own career jumping between superhero blockbusters and musicals at will. Who knows, though, maybe we could see the pair unite for an unexpected singalong in Deadpool 3.