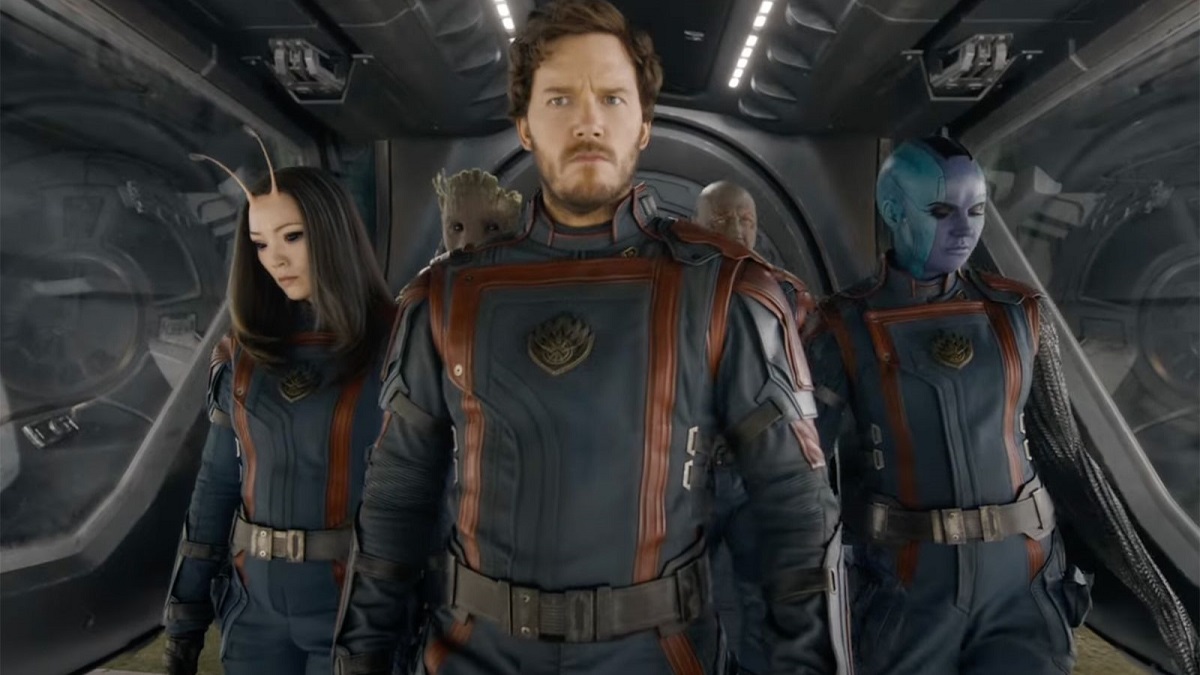 For one of the quirkier couples in the MCU, Peter Quill and Gamora sure have one tragic romantic history. After dancing around their “unspoken thing” in the first two Guardians movies, Gamora died at her own father Thanos’ hands in Avengers: Infinity War, and then her slightly more evil variant fled from Star-Lord’s side in Avengers: Endgame. But the star-crossed lovers will finally cross stars to reunite once more in Guardians of the Galaxy Vol. 3, coming next spring.

And we now have a new look at their reunion, courtesy of this brand-new sneak peek image that’s been revealed by Entertainment Weekly, as part of a fascinating preview of the much-anticipated threequel. The pic in question features Peter (Chris Pratt), decked out in the Guardians’ spiffy new uniform, casting a somewhat suspicious glance at a black-clad Gamora (Zoe Saldaña), on board what looks like the team’s latest ship, the Bowie.

Writer/director James Gunn promises EW that he’s tried his best to avoid that age-old curse that often makes the third movie in a trilogy the worst one. The main way in which he’s done that is to ensure Guardians 3 serves as a grand conclusion to the group’s converging storylines. “This is the big one,” he stated. “This is where things really happen. This is where we get to know the truth about who these characters are, and we face the biggest stakes.”

As for where Star-Lord and Gamora will end up, let’s hope they finally reach some kind of happy ending, although that’s hard to imagine at this point, given that this version of Gamora has had none of the history with Peter and their friends as her dead counterpart. The truth will be unwrapped once Guardians of the Galaxy Vol. 3 hits theaters from May 6, 2023.