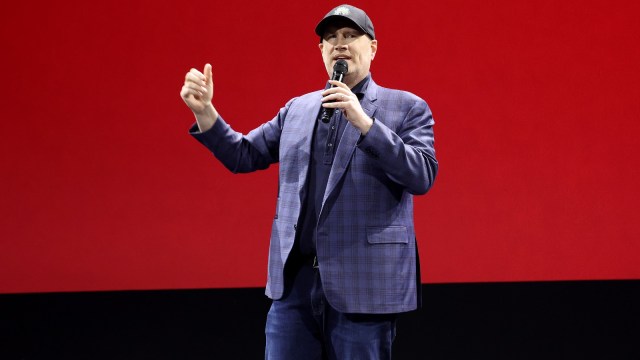 Patty Jenkins’ Rogue Squadron may have been removed from the release schedule, something a lot of fans don’t seem to bothered about if we’re being perfectly honest, but more Star Wars movies are on the way. Or at least, so we’re being told by Lucasfilm.

One of them is set to be directed by Taika Waititi, but the mixed reception to the filmmaker’s Thor: Love and Thunder has dampened enthusiasm for that project significantly. Speaking of Marvel Cinematic Universe alumni, Kevin Feige is still on track as far as we know to produce a new blockbuster set in a galaxy far, far away, with Doctor Strange in the Multiverse of Madness and Loki writer Michael Waldron reportedly on scripting duties.

As a lifelong fan of the franchise, you’d expect the Marvel Studios boss to pull out all the stops to deliver a real showstopper. However, one enterprising fan on Reddit has pitched the laziest possible version of the project, and many of the comments agree that there are a thousand better ways to Feige to do Star Wars than simply repeating himself.

That’s right; the suggestion is that the man behind the MCU and the epic Avengers all-star spectaculars oversee a movie that features a band of iconic characters teaming up to fight side-by-side against an all-powerful threat to the entire universe. How original.

It’s not a terrible premise by any stretch of the imagination, but Feige has done it four times already, with another two on the way, so let’s hope that if and when he does tackle Star Wars, he decides to branch out and try something brand new.