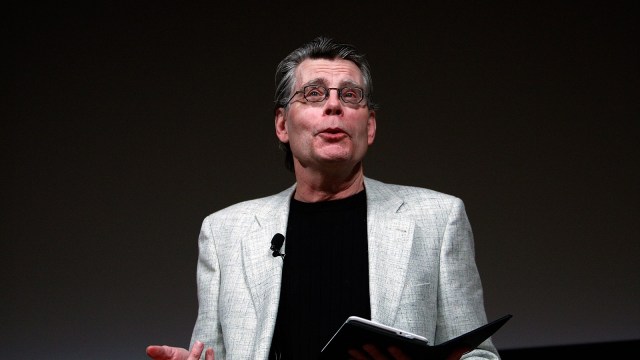 Smile is gearing up to open this weekend, but you probably already knew that if you spend much time on the internet, or watching sporting events and breakfast television, with the marketing campaign in full gear and successfully making people a little uncomfortable.

If the film itself turns out to be anywhere near as disturbing as its advertising, we could potentially be looking at one of the scariest films of the year. But is it any good?

A few early reactions seem promising, particularly this tweet from Stephen King, who may or may not know a thing or two about good horror.

The acclaimed author has quite positive things to say about Smile, but the primary focal point of his kind words is actress Sosie Bacon, who portrays Rose in the upcoming horror flick. This isn’t Bacon’s first rodeo in horror and discomfort-inducing subject matter, having previously appeared in the Scream series and 13 Reasons Why, among a lengthy list of credits.

King, meanwhile, is considered to be one of the best and most influential modern horror authors of our time, having a staggering number of his books adapted into movies and television shows, with Carrie, Misery and The Shining being ranked among the best of those adaptations.

At this point in time, critics are broadly agreeing with King’s sentiment, with the movie sitting at an 81 percent Rotten Tomatoes, ahead of its imminent release in cinemas where Smile will be seeking to top the box office to once again underline the enduring popularity of horror.