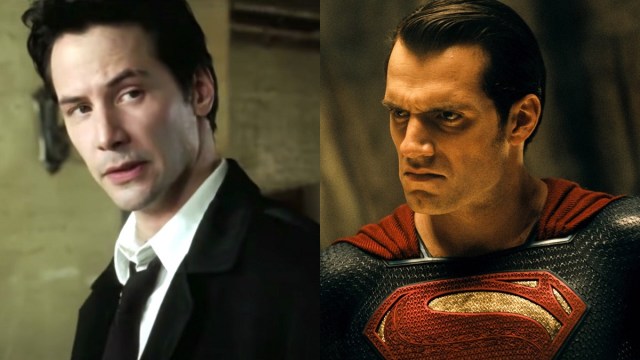 Next year marks the 10th anniversary of Zack Snyder’s Man of Steel, with fans yet to give up hope on a sequel coming to fruition. Based on yesterday’s surprise DC announcement, there’s every reason for Superman supporters to remain optimistic for a while longer.

17 years after the first film, Warner Bros. announced that director Francis Lawrence, producer/writer Akiva Goldsman, and star Keanu Reeves would be returning for a second Constantine film. While the R-rated comic book adaptation was solid success in 2005 after earning $230 million at the box office, most folks (including the leading man) had resigned themselves to the fact it was never going to happen, especially when J.J. Abrams’ Bad Robot was developing an HBO Max series revolving around the title hero.

Instead, Keanu is on his way back to chain-smoke through another supernatural adventure, while Abrams’ Constantine was canned by Warner Bros. Discovery. The news has proven to be surprisingly polarizing among the fandom, though, with many DCEU stalwarts incredulous that Constantine is getting a sequel before Man of Steel.

One positive is that the Constantine news has underlined CEO David Zaslav’s desire to dust off anything capable of making money and giving it another whirl. A Keanu Reeves comic book flick sounds like a nailed-on success, while the clamor for Henry Cavill to suit up as Superman hasn’t gone anywhere. If anything, it’s only grown louder as his lengthy absence continues.

If the occult detective can come back after almost two decades, then who’s to say Cavill can’t do it after one?