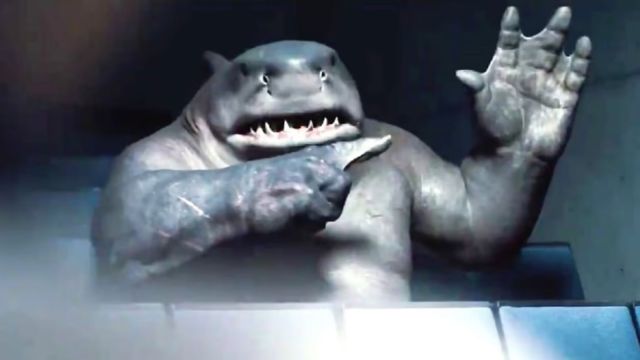 DC Studios’ newest executives have opened up questions to whether or not certain characters from previous films would return to the DCU. And knowing that Peacemaker and The Suicide Squad are connected in the franchise, Sylvester Stallone opened up about the possible return of his character, King Shark, to the franchise.

Stallone has worked with James Gunn in the past. Before The Suicide Squad, he had his MCU debut in The Guardians of the Galaxy Vol. 2 as the ravager Stakar Ogord.

In an interview with Comicbook.com, Stallone mentions how he and Gunn are pretty close and that there is a possibility for his return in Gunn’s and Safran’s DCU. Stallone also mentioned how enjoyed working with Gunn and that he’d take the opportunity if offered to him.

“Yes, for sure. I think James has been very generous… He and I are pretty tight. So if there’s an opportunity… I love him, he’s great.”

It was reported today that Gunn and Safran have begun work for the DCU’s 10-year plan as the two attempts to create a “great overarching story” in the franchise. So far, the two managed to successfully link their HBO Max series, The Peacemaker, with the Justice League and The Suicide Squad. King Shark was featured in The Peacemaker, but only as a flashback.

It’s currently unknown if King Shark would return with the rest of the Suicide Squad in season two of The Peacemaker or other DC titles, Stallone will return to the MCU in Guardians of the Galaxy Vol. 3 in 2023.