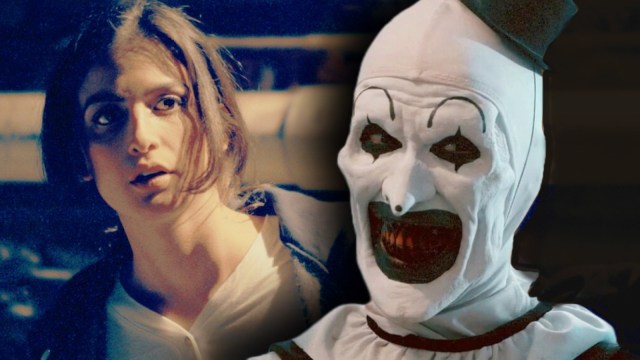 There is this prominent pattern in slasher films, known as the “final girl” where a female character, hounded by the big scary villain from the beginning and continuously witnessing the gory deaths of those around her ends up being the only survivor. But unfortunately, more often than not, they return in later sequels of the franchise and run out of their mysterious luck as they are butchered to death by the same killer.

Victoria Heyes, played by Samantha Scaffidi in 2016’s Terrifier, had been the “final girl” of the franchise. Before her none of the female victims of the supernatural Art the Clown survived to tell their story. As the trend in slasher films goes, many expected the character to appear in Terrifier 2 and were mystified when she was nowhere once the film begins.

So, what happened to Victoria? Did she bite the dust like the many final girls before her or did she join the rare exceptions? Well, her current status kind of falls into an unexpected grey area.

The tragic story of Victoria Heyes

Anyone who has seen the first Terrifier is already aware of the gory fate Victoria was subjected to. Her story is one of those moments in the horror genre which invokes more than just fear — we sympathize with her and lament how she could have been spared all the suffering if she hadn’t decided to help.

A studious college student, Victoria ended up on Art the Clown’s radar when she went to pick up her younger sister, Tara, and her friend Dawn on Halloween night. But the duo ended up being one of those unfortunate victims of a killer who don’t stand a chance against their pursuer. So, by the time Victoria arrives on the scene, Tara and Dawn have been mercilessly killed by Art, who now has his sights on Victoria.

He lures her into a building and attempts to suffocate her to death. The usually docile Victoria, driven by her strong drive to survive, managed to free herself by stabbing him with a big nail. But this victory was momentary as the psychopathic clown attacked her again and when someone else tried to save her, Art put a cruel end to his life.

Art then proceeds to ram the already injured Victoria with a truck and after she is sufficiently incapacitated, he carves pieces out of her face and continues eating them until the police arrive on the scene. Unwilling to hand himself over, he shoots himself.

Meanwhile, Victoria, who surprisingly survives the whole ordeal, is left to live the rest of her life with a horribly disfigured face — which can’t be fixed — and extreme trauma that soon makes itself known. A year after the terrifying events on Halloween night, a TV channel invites Victoria as a guest on a show acknowledging all the time that had gone by since Art’s reign of terror. All goes well until Victoria hears the host making fun of her face. She goes postal, attacks the host, and starts laughing as she gouges out the host’s eyes.

What happened to Victoria Heyes in Terrifier 2?

More information about Victoria’s current condition is revealed during the mid-credits scene of Terrifier 2. After Art is thwarted and seemingly dies after being decapitated, the ghostly little girl who had been helping him throughout the film steals his head. You would think that this means Art would be resurrected by his evil partner in crime. Of course, he is but in a way that just catapults the franchise to a whole new level of scary.

Victoria — who had been M.I.A. till now — is shown in a mental hospital, establishing that after her murder fest, her mental state has been deemed too unhinged for her to be set free. It becomes evident that her condition hasn’t improved as she is seen writing obscenities on the wall with blood, which also includes a creepy “Victoria + Art.”

Things get mind-numbingly more horrifying from here as Victoria, who is visibly possessed by some demonic entity (by the ghost girl?), suddenly becomes very pregnant and gives birth to…wait for it… Art’s bloody head, which starts laughing the second it rolls out.

What happens to Victoria now? Well, while Terrifier 2 keeps her ending ambiguous, it won’t be too far-fetched to presume that the next time we see the clown looking for a victim to quench his blood lust, the possessed Victoria will be accompanying him.

Terrifier 2 is currently playing in theaters.