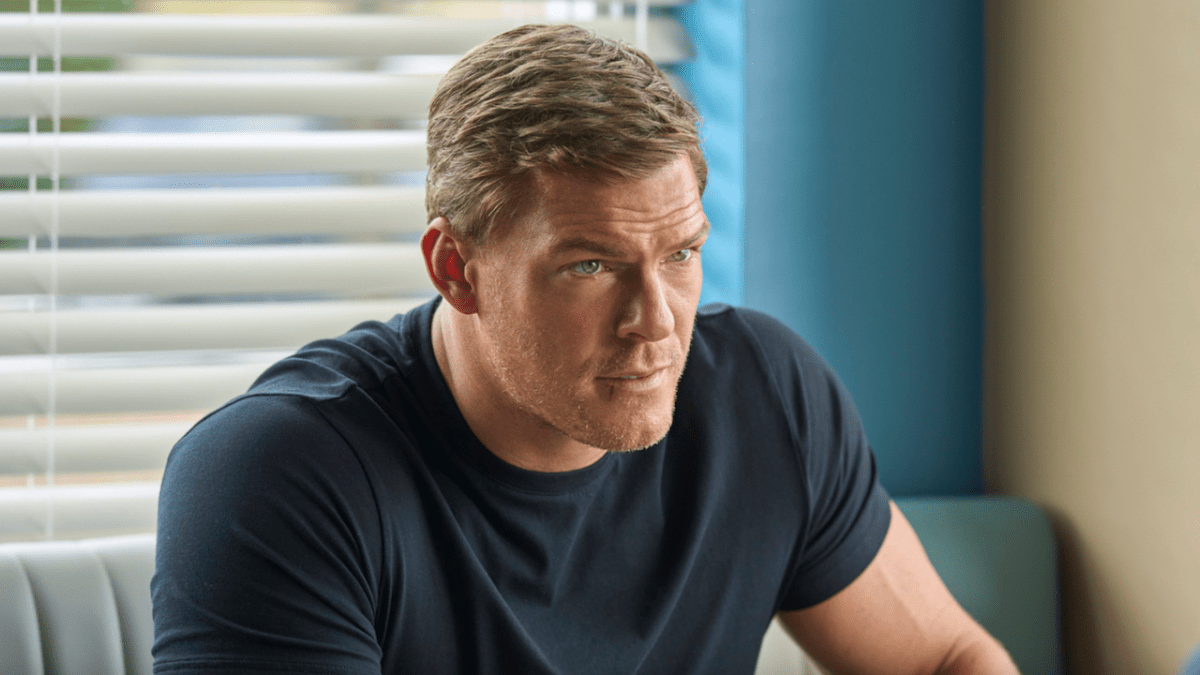 Alan Ritchson has recently been garnering a lot of attention for his role as Jack Reacher in Amazon Prime’s crime drama Reacher, however, the actor has been in the acting business for almost two decades. He made his first appearance on screen in 2005, appearing on the third season of America’s leading singing competition American Idol, contesting with several other singers before being evicted at the first Hollywood stage. The following year, he secured the role of Arthur Curry (Aquaman) in Jerry Siegel and Joe Shuster’s Smallville and then he made a few other cameos before landing himself much bigger roles which has undeniably increased his profile.

Growing up, he was interested in both acting and singing, hence why he competed on American Idol. While he juggled music and acting — he dropped his first and only album titled This Is The Next Time in 2006—  he began to make more headway in the acting business after securing various TV appearances over the years. In 2013, he played Gloss in Hunger Games and the following year, he voiced Rapheal in Teenage Mutant Ninja Turtle. Since then, he’s secured several other noteworthy roles and here’s a list of his best movies and series, ranked from worst to best.

The Hunger Games is a famous dystopian science fiction film directed by Austrian-born, American director and producer Francis Lawrence and it remains one of the most popular movies Ritchson has starred in till date. He’s joined by an A-list cast: Jennifer Lawrence, Liam Hemsworth, Lenny Kravitz, Zoe Kravitz, Donald Sutherland, Woody Harrelson, amongst others. Ritchson does not play a major role but he impresses nonetheless. He plays Gloss, a District 1 male tribute in the 75th Hunger Games who finished 11th overall in the competition.

This is another one of Ritchson’s bit part roles which he does justice to. In this British anthology television series created by Charlie Brooker, he plays a character called Paul in the first episode titled “Nosedive” of the third season. Nosedive is set in a fictional society where people can rate each other based on the interactions they have had. Paul here is the husband of one of the main characters, Naomi Blestow, a deuteragonist who constantly appears lavishly dressed due to being one of the highly rated characters in the show. This episode of the show has received critical acclaim and it even earned a Primetime Emmy nomination for Outstanding Cinematography for a Limited Series or Movie

Smallville, an American superhero television series created by Jerry Siegel and Joe Shuster, is another one of the famous tv shows Ritchson has starred in. Here, he plays a recurring role as Arthur “AC” Curry, a mysterious swimmer that has a special connection with water and the life forms within it. AC is also a former marine biology student who is an on-and-off member of the Justice League under the codename Aquaman. Even though Ritchson does not get much screen time on this show, every time he appeared, he did absolute justice to his character.

Written and directed by Claudia Myers, Above The Shadows is a 2019 supernatural romance film that stars names like Maria Dizzia, Tito Ortiz, David Johansen, Olivia Thirlby, Megan Fox, and Jim Gaffigan. Ritchson here is Shayne Blackwell, a tarnished MMA fighter whose world collides with that of a young woman called Holly. This film explores the whirlwind and somewhat emotionally complex relationship between Blackwell and Holly and the former tries to become relevant again as a fighter.

5. Teenage Mutant Ninja Turtle: Out of the Shadows

Teenage Mutant Ninja Turtles: Out of the Shadows is a 2016 superhero film based on the Teenage Mutant Ninja Turtles characters and it’s also a sequel to a Teenage Mutant movie which was released two years earlier. Here, Ritchson shows his dynamism as an actor, expertly bringing to life Raphael, the hot headed, second oldest brother who’s signature sai distinguishes him. Other names like Pete Ploszek, Jeremy Howard, Noel Fisher, Gary Anthony Williams, and Brad Garrett join Ritchson in voicing the other characters.

The Turkey Bowl is another one of the movies where Ritchson is able to show his range and dynamism as an actor. It’s a 2016 American sports comedy directed by American writer and director Greg Coolidge which revolves around The Turkey Bowl, a legendary football game between fierce rivals Putnam Badgers and Noble Knights. Ritchson here is Ronnie Best, a prominent land developer who used to be a quarterback for the Noble Knights.

Another one of Ritchson’s superhero roles, the actor plays Hank Hall, a.k.a. “Hawk,” an aggressive member of a vigilante duo consisting of himself and his girlfriend Dawn. It’s been reported that Ritchson was initially reluctant to take this role due to certain reasons but he thankfully took it and it remains one of his finest works to date. In this superhero series created by Akiva Goldsman, Geoff Johns, and Greg Berlanti, Ritchson is joined by other names like Brenton Thwaites, Curran Walters, Chelsea Zhang, Conor Leslie, Teagan Croft, Anna Diop, and many others.