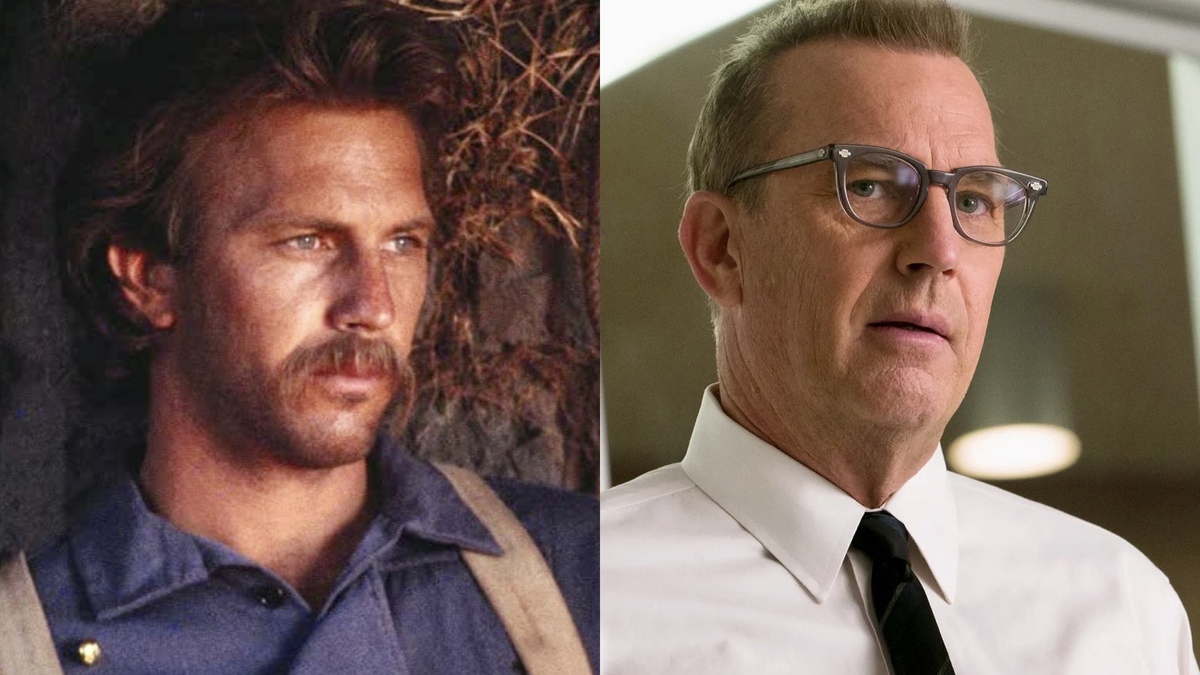 Very few actors were in great demand in the ’80s quite like Kevin Costner. Starring in several acclaimed projects since his debut, and still kicking it with the best of them four decades later, the Hollywood legend is an undeniable icon in the film industry. He has established himself, not just as a strong and captivating actor, but as a remarkable director as well.

With other shining entertainment ventures, including being a successful country musician, Costner is a largely talented individual, and a force in Hollywood. The actor currently stars in Yellowstone, his first foray into long-term television work, but to many, he will be known as an indelible movie star.

With over 60 film credits to his name, here are the 10 best films starring Kevin Costner, ranked from least to best.

As a result of his magnificent performance in this 1985 Western entry, Costner’s career received a significant boost. Starring alongside Danny Glover, Kevin Kline, and Scott Glenn, Costner holds his own perfectly. The film depicts the narrative of friends who band together to right the wrongs in the titular town and bring peace and justice. Backed by an Oscar nominated score, and emotional performances from the cast, Silverado is a thrilling watch.

Costner’s acting in this classic adventure wasn’t as well received as that of his co-stars Morgan Freeman and Christian Slater, and while many critics felt his casting was amiss, Robin Hood: Prince of Thieves shot to the top of the box office, eventually ending the year as the second highest-grossing film of 1991. The film tells the narrative of Robin of Locksley, who escapes from jail and returns to England to learn that his father has been slain by the cruel Sheriff of Nottingham. He teams up with other outlaws to avenge his father’s death and bring the sheriff down.

No Way Out combines the genres: romance, drama, action, and crime for an excellent political thriller. Costner’s wonderful performance as the lead actor is the largest highlight of the film, and one of his best ever. The film follows his character, Tom Farrell, who is tasked with investigating the murder of his former lover. However, he soon becomes a suspect when it is revealed that his superior was also involved with the same woman. Joined by Hollywood heavyweight Gene Hackman, No Way Out delivers on all fronts for a superbly acted offering.

The Untouchables loosely follows the life of Eliot Ness as he attempts to take down Al Capone. Costner stars in the partly fictionalized story as Ness, an agent who assembles the titular group of people to assist him amidst the widespread corruption in law enforcement. In a role he was clearly born to play, Costner delivers charisma, suave, and depth in his portrayal of Ness, receiving critical praise for his performance. Taking into account a supporting cast of Robert De Niro, Sean Connery, Andy Garcia, and Charles Martin Smith, it was pretty obvious from the start that The Untouchables would become a classic.

Field of Dreams is a 1989 sports fantasy based on the 1982 novel Shoeless Joe. It stars Costner as Ray, an Iowa farmer who creates a baseball diamond after hearing a voice in his cornfield and is then visited by the spirits of famous baseball players, particularly Joseph “Shoeless” Jackson. The stunning film impacted spectators because it emphasized the significance of family and faith, something most people can connect to, and Costner and his co-stars perform an outstanding job in bringing this film to life.

A thrilling take on the assassination of John F. Kennedy, JFK tells the tale of Jim Garrison, the former New Orleans district attorney who seeks to ghastly secrets that led to one of the most harrowing deaths in all of America. While a controversial film at the time of its release, JFK received positive reviews from critics, with Costner’s acting and Oliver Stone’s directing singled out for praise.

Widely regarded as one of the best and most influential sports films of all time, Bull Durham was an instant classic following its release in 1988. The plot of the film revolves around a minor league baseball club and its players, fans, and coach. Costner stars as Crash Davis, a veteran catcher charged with teaching rookie Ebby LaLoosh how to play the game properly to make it in the major leagues. Joining the mix is Annie Savoy, a dedicated fan who begins to develop feelings for Crash. The film is a wonderful combination of sports and romance, and it has justifiably earned its place as one of the finest performances of Costner’s long-running career.

In the 1993 crime drama A Perfect World, Costner is joined by Clint Eastwood in one of the latter’s best directorial efforts. Costner stars as Butch, an ex-convict on the run who kidnaps a small boy and is pursued by a Texas Ranger named Red Garnett. Things take an emotionally gripping turn as Butch and his hostage develop an interesting bond that changes everything. Praised for its acting, emotional scenes, and psychological accuracy on Stockholm Syndrome, A Perfect World might be one his lesser known works, but the impressive material speaks for itself.

In his directorial debut, Costner delivers an enthralling performance as Lieutenant John Dunbar, who is assigned to a community of Lakota, falling in love with them and choosing to remain indefinitely. In an emotion-packed adventure, Costner demonstrates that he is just as engaging behind the camera as he is in front of it, and with a whopping seven wins out of 12 nominations at the 63rd Academy Awards, this epic Western sits comfortably as Costner’s most ambitious, respected, and revered works.

While not a critical darling unlike many of his other works, this romance-drama is undeniably one of Costner’s most successful works, thanks to the numerous awards and recognition garnered for its accompanying soundtrack. The actor is joined by revered talent Whitney Houston for this film about a former secret service agent-turned-bodyguard charged with protecting a celebrity from her stalker. Grossing over $400 million against a budget of $25 million, The Bodyguard was an overwhelming commercial triumph, and has since been adapted into a more favorably reviewed musical.